The 737 Max, Not Coronavirus, Will Get Boeing Booted From the Dow Index

Coronavirus is hitting the air travel industry hard but it would be disingenuous to blame the respiratory illness for Boeing’s coming Dow exit.

For a significant period Boeing (NYSE:BA) was ranked the highest by weight in the Dow Jones Industrial Average index. But in a matter of weeks, it has slid to the fourth position.

While the coronavirus pandemic has exacerbated the situation, Boeing’s disproportionate fall relative to other Dow leaders is largely due to its 737 Max jet woes. Since mid-February, Boeing’s stock has lost nearly 50% of its value.

Other Dow leaders such as Apple (NASDAQ:AAPL) and UnitedHealth Group Inc (NYSE:UNH) have fallen by 13% and 9%, respectively, over the same period.

Despite bringing in a new CEO and instituting changes, Boeing’s 737 Max continues to be grounded by regulators. This has led to cancellations that will likely lead to further declines in BA stock and compromise its position in the Dow 30.

The prolonged return to service has seen the planemaker lose 28 orders due to cancellations. Air Canada alone has canceled orders on 11 Max 737 jets. Other airlines have converted their Max orders into larger planes while others are postponing deliveries.

United Airlines, which was due to receive 28 737 Max planes, announced earlier this week that it will halt jet deliveries while pushing the timeline for future deliveries. Besides the nearly 30 737 Max jets, the move will affect 15 787 Dreamliners and two 777-300s. They were set for delivery this year.

More cancellations of the 737 Max can be expected in the future. The grounding of the jet marks the first anniversary this week. In contrast, Boeing’s rival Airbus clinched 274 orders in January.

The cancellations are an indication that even when the 737 Max returns to service, carriers are worried their customers will not want to fly in them.

With the damaged reputation of the 737 Max, Boeing is losing market leadership in the narrow-body niche to Airbus. This will make Boeing’s recovery even harder at a time when demand for wide-body jets is falling.

It is already estimated that Boeing’s annual cash flow will fall by more than $1 billion beginning next year as orders for the 787 Dreamliner wide-body jet plummet. During the first three quarters of 2019, wide-body jet orders for both Boeing and Airbus declined by 56.4%.

The crisis brought on by the 737 Max debacle, coupled with the coronavirus pandemic, has seen Boeing draw down the remainder of a $13.8 billion loan. With increasing financial obligations such as mounting legal bills and accounting charges tied to production cutbacks, Boeing will be left in a precarious position even after COVID-19 is no longer a threat to the global economy. 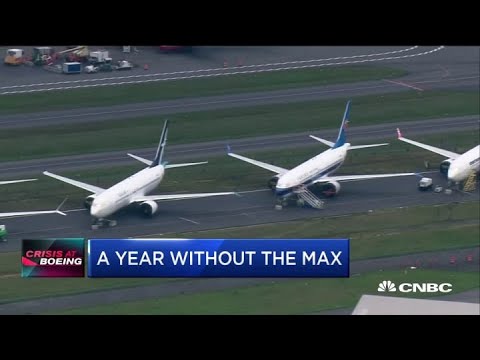 This is complicated by the looming economic downturn that will render its defense division less lucrative. With President Donald Trump’s chances of reelection looking increasingly endangered as “the best economy ever” gets undermined by coronavirus, defense spending will most likely fall under a Democrat.

This would have a negative impact on Boeing. It currently generates substantial revenue from the U.S. Department of Defense. In 2018 Boeing generated nearly 31% of its revenues from the U.S. government. About 21% of the Pentagon’s procurement budget goes to Boeing.

With Boeing’s turnaround not likely in the medium term, its stock price is likely to fall to a point where it’s not considered representative of the economy or sector. As a result, it could be thrown out of the price-weighted Dow index. Then, it will be disingenuous to blame the COVID-19 respiratory illness though when the culprit is well known.

September 27, 2020 1 Comment
← PreviousConfirmed U.S. Coronavirus Cases Explode 520% in Just 4 Days
Next →Disneyland’s Shutdown Is Not Nearly as Disturbing as Their Ban Exemption