How high can Tesla’s stock go? Follow the trend.
PHNjcmlwdCBhc3luYyBzcmM9Imh0dHBzOi8vcGFnZWFkMi5nb29nbGVzeW5kaWNhdGlvbi5jb20vcGFnZWFkL2pzL2Fkc2J5Z29vZ2xlLmpzIj48L3NjcmlwdD4KPCEtLSBUb3AgQXJ0aWNsZSBDQ04gLS0+CjxpbnMgY2xhc3M9ImFkc2J5Z29vZ2xlIgogICAgIHN0eWxlPSJkaXNwbGF5OmJsb2NrIgogICAgIGRhdGEtYWQtY2xpZW50PSJjYS1wdWItNjQ3MjA2OTY5MzY1NzE0MyIKICAgICBkYXRhLWFkLXNsb3Q9IjU4NDY0ODIyMjMiCiAgICAgZGF0YS1hZC1mb3JtYXQ9ImF1dG8iCiAgICAgZGF0YS1mdWxsLXdpZHRoLXJlc3BvbnNpdmU9InRydWUiPjwvaW5zPgo8c2NyaXB0PgogICAgIChhZHNieWdvb2dsZSA9IHdpbmRvdy5hZHNieWdvb2dsZSB8fCBbXSkucHVzaCh7fSk7Cjwvc2NyaXB0Pg==

The electric carmaker is pulling away again after hitting a record monthly high of 11,095 Model 3 sales in post-pandemic China in May.

The stock has soared past its $917 February record high, which could lead many investors to question if it can go much further.

But if you look at the bigger picture, it is only just getting started.

It’s all about the (mega) trend

Investors get optimistic when they see record monthly sales figures, although such data ignore the long term.

Global leaders want a zero-carbon future, and this desire is not going away. But the significance of this overwhelming shift is arguably being obscured by the pandemic.

This conviction has led the fund house to own more Tesla shares than any outside investor.

Tesla’s market-leading position on the crest of this energy transition wave should fuel the stock for some time yet.

Contemporary Amperex Technology Co announced this month it is ready to produce a battery that lasts 16 years and 2 million kilometers.

The Chinese giant, whose batteries are used by Tesla and Volkswagen, suggests this could be critical for electric vehicles.

A battery with such a long life could be reused in a second vehicle, cutting electric car ownership costs.

It would also make moves by countries such as the U.K. more appealing to car owners.

Prime Minister Boris Johnson is set to offer U.K. drivers £6,000 to swap their combustion engine for an electric one. This is to support the electric car industry, according to The Daily Telegraph. 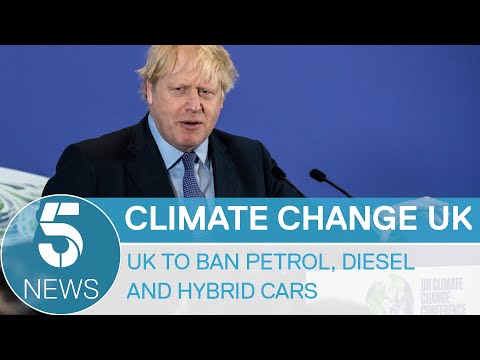 This could be one factor behind Elon Musk’s consideration to establish a gigfactory near Bristol, in the southwest of England.

Even if you find Elon Musk too controversial, or believe a competitor could steal Tesla’s edge, there’s another reason the shares should continue to rise.

Fund managers globally are increasingly embracing ESG, or Environmental, Social, and Governance investing. The concept means more asset managers want to invest with a conscience, appealing to their clients’ ethical and financial desires.

These ‘ethical’ funds sucked in $46 billion in the first three months of this year as other funds suffered massive coronavirus-driven outflows.

Plus, carmaking giants such as Volkswagen, Nissan, and Toyota are all trying to emulate Tesla’s success.

Few carmakers have expanded their appeal as rapidly as Tesla.

Conventional car brands have only gradually shifted their customer base over decades.

But Tesla has shifted from selling $100,000 cars to the wealthy to producing the entry-level Model 3 and Model Y affordable to the middle class.

As Fosse explains, the company is aiming to expand by reducing prices. This tech-based mindset is anathema to the slow-moving auto industry.

And that’s why Tesla’s shares are likely to reach even loftier heights in the years ahead.

Disclaimer: This article represents the author’s opinion and should not be considered investment or trading advice from CCN.com. The author does not hold any investments in Tesla stock.

Bradley Gerrard
Bradley is a freelance journalist with experience in covering finance, investment, transport, and leisure for national newspapers including The Daily Telegraph and the Financial Times Group. Reach me at bgerrard63[at]gmail.com. Bradley Gerrard is a Trusted Journalist. Visit my MuckRack profile here.
Subscribe
0 Comments
Inline Feedbacks
View all comments