General Motors (NYSE:GM) is down about 25% year-to-date, but Deutsche Bank now considers the stock a “buy.”

The assessment is based on the possibility that the Detroit auto giant could spin off its electric vehicle unit.

Deutsche Bank’s analyst Emmanuel Rosner says the move could “unlock considerable shareholder value.” Rosner estimates that GM’s stock could reach up to $93 per share if this were to materialize.

The new separate entity could end up being worth anywhere between $20 billion and $100 billion, according to the Deutsche Bank analyst.

A spinoff is not wildly off the mark as GM has considered the move. During the earnings call for the quarter that ended in June, the auto giant’s CEO Mary Barra disclosed that GM was evaluating “many different scenarios” and that “nothing is off the table.”

Here’s why GM spinning off its electric vehicle unit is bad news for Tesla (NASDAQ:TSLA):

As an auto giant that is over a century old, General Motors is set in its ways. Spinning off its electric vehicle division would give the new outfit a chance to carve a new path without upsetting tradition.

This could include, for instance, doing away with the dealership distribution model in favor of a direct-to-consumer sales that would result in cost savings or higher margins.

A spun-off unit would be quick on its feet and more adaptable and flexible to change. This would be a more significant threat to Tesla than the Detroit carmaker is as we know it today.

A GM electric vehicle spinoff would be more disruptive. Set loose in the emerging EV space, it would pose a more significant competitive threat to Tesla than is currently the case. 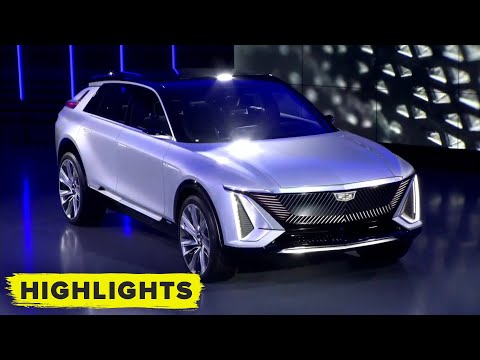 2. Well-Funded Rival for Tesla to Worry About

A growing number of EV makers are getting listed on the stock market, indicating investor willingness to back the growing field. This includes Nikola Motors (NASDAQ:NKLA) and Li Auto Inc (NASDAQ:LI).

Additionally, money is flowing into EV startups such as Rivian and Lucid Motors, both of which have found it unnecessary to IPO as a result. Rivian, for instance, has raised $2.5 billion this year. In 2019, it raised at least $2.8 billion.

This is yet another indication of investor appetite in the EV space. A GM electric vehicle spinoff would be able to attract capital in a way that the Detroit auto giant wouldn’t be able to under its current structure.

What’s more, such a spinoff would have one advantage that Tesla currently lacks–manufacturing scale through its parent company.

Tesla is still building out its manufacturing footprint, but a GM electric vehicle spinoff would be ready from day one. It would thus have the ability to get to market faster, more efficiently, and on a bigger scale than Tesla.

3. Tesla Would Have to Fight Harder for Top Talent

With funds now abundantly and cheaply available for EV startups, the ability to attract and retain talent will be a crucial differentiator.

A study conducted by employer-branding firm Universum ranks Tesla as the most attractive employer for engineering and IT graduates in the U.S.

Among the criteria used by the graduates to judge employers was the opportunity to make a difference in the world. The prospects of enhanced earnings now and in the future are higher at a startup.

A GM electric vehicle spinoff would be in a better position to attract such talent than the General Motors of today.

For one, the spun-off unit would be laser-focused on reducing fossil-fuel use. In the case of top talent seeking to change the world, this would be a perfect fit. Additionally, startups offer better prospects for career advancement and higher pay.

Tesla is currently fighting for talent with the likes of Rivian and Lucid Motors. GM spinning off its EV unit would add to the headache.