Elon Musk has a real problem with his Tesla vehicles. The cars have been exploding at a disturbing rate and the fires are no ordinary flames. | Source: Shutterstock

By CCN.com: The toughest thing about being a circus huckster is when your snake oil explodes in your face. Such is the case with the P.T. Barnum of our time, Elon Musk. He never said that owning a Tesla would come with the occasional side effect of the bursting into flames without warning.

That was the case regarding an incident in Shanghai in April, where this security camera caught a Model S seemingly in an act of spontaneous combustion: 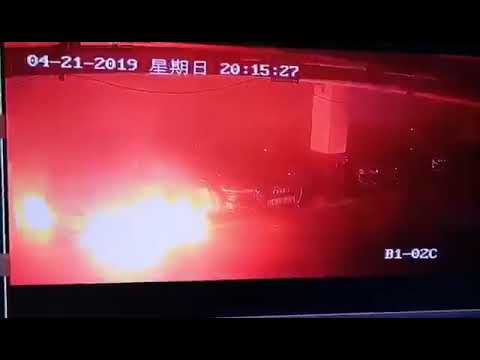 The vehicle was parked for about a half hour before pulling a “Game of Thrones” dracaryus move on its owner. The upside is the said owner was not burnt to a crisp.

If one subscribes to the idea that once is a coincidence and twice is a pattern, then Tesla cars have a pattern of spitting hellfire in every direction. On May 12, a Tesla vehicle burst into flames in a Hong Kong parking lot, according to the Hong Kong Economic Times.

If one subscribes to the idea that twice is a pattern but 15 times is a major design flaw that needs to be addressed, then Elon Musk has a real problem with his Tesla cars.

Of those 15, there were some definite highlights.

On Oct. 1, 2013, a Tesla car in Seattle crashed into some roadside debris and the car set itself ablaze.

In November 2013, a Model S ran over a tow hitch and ignited a fire.

Canada isn’t immune to the problem. In February 2014, a Tesla S did its impression of a dragon by lighting itself on fire in Toronto.

The fire problems then moved to Europe in 2016, with a Tesla catching fire for no apparent reason in France. Even worse for Elon Musk, this was during a promotion in which the electric vehicle maker invited drivers to take the car for a test spin.

Shanghai’s garage explosion wasn’t the first incident in the Chinese city. While a driver was fueling up at a Supercharger station, another Tesla Model S went boom.

There’s an added problem to Tesla fires.  They are not ordinary fires.  They can take a long time to put out due to a chain reaction that occurs inside lithium-ion batteries, known as “thermal runaway.” 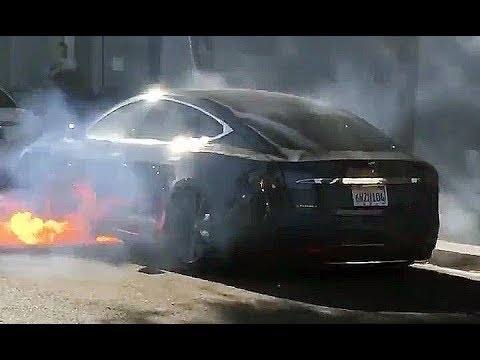 Tesla Fires Are Not Ordinary Fires

Regular fire extinguishers don’t work in those cases and neither does water.  In fact, in the case of a Florida Tesla fire, firemen put out the blaze with water only for the Tesla to reignite twice more.

Water does work on such fires, eventually.  The problem is that it takes thousands of gallons to completely kill the fire.  The other option is to just let it burn itself to ashes.

“Fire can take up to 24 hours to extinguish. Consider allowing the battery to burn while protecting exposures.”

Tesla’s autopilot is factoring into fatal crashes. The NHTSB released a preliminary report on a March 1 crash in which the autopilot was engaged 10 seconds prior to a fatal crash.

The report says that neither the driver nor the autopilot saw a trailer crossing in front of the Tesla. The autopilot kept driving, resulting in the crash.

We all like to kick Elon Musk but facts are facts. Tesla vehicles are experiencing a ridiculous number of problems.

Other manufacturers don’t worry that customers should wear fire-retardant underwear in the event their car should blow up without warning.