Claudia Conway – the teenage daughter of Kellyanne and George Conway – suddenly finds herself in the MAGA Twitter crosshairs.

After Claudia claimed she was seeking emancipation from her parents, her mother – a Republican strategist and staunch Trump ally – announced she was leaving her White House post.

This prompted the Toxic Twitter Right to lead the charge in bullying the younger Conway online. Have Trump loyalists devolved into such despicable human beings that they’re cyber-bullying a teenager?

It all started when Claudia Conway announced on Saturday that she was seeking emancipation from her parents.

The 15-year-old wrote on Twitter she was “devastated” when she learned Kellyanne Conway would speak at the upcoming Republican National Convention.

She claimed her mother’s job “ruined her life” and that the only reason her mother was still working for Trump was for the “money and fame.”

Before the weekend was over, Kellyanne Conway resigned from her White House post, citing her need to “focus on her family.” Her husband, an anti-Trump Republican, announced his exit from The Lincoln Project too.

Then Claudia Conway did what teenagers do: She complained about her parents on TikTok (Remember: she’s 15). Watch the video below: 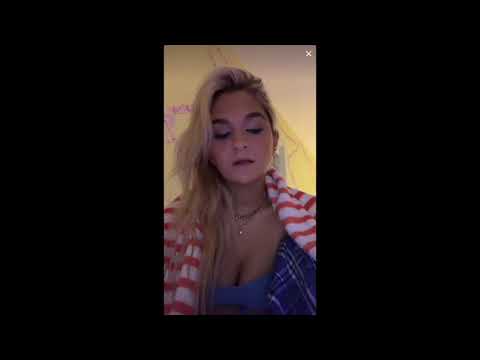 Trump fans had feelings too. Evidently irate that their dear leader was losing one of his closest confidantes, these obviously well-adjusted adults took out their rage on the teenager.

When he was called out for his repulsive behavior, Sabia doubled down on his atrocity.

What a Disgraceful Way to ‘Defend’ Trump

Whether Trumpers like it or not, Claudia Conway is entitled to her opinion – even if that opinion doesn’t jive with their own.

Claudia Conway can’t legally drink, smoke, get a mortgage, vote, or serve in the armed forces. Yet not only does Sabia attack her without remorse, he justifies it by claiming the Democrats started it.

Not that it should be surprising that blue checkmark Trumpers behave so despicably. Their leader, after all, has made a career out of being a bully.

No matter who wins the election this year, our society has failed to marginalize disgusting behavior like this. We need to take a good hard look at ourselves and ask why.