The 2020 U.S. presidential election is less than 85 days away. The national polls have started to tighten, but if Donald Trump is going to win his reelection fight against Joe Biden, he’s still going to need a heck of an “October surprise.”

If Goldman Sachs’ latest forecast is right, that boost could come from a familiar place: the stock market.

Why the Stock Market Could Be 2020’s ‘October Surprise’

The investment bank raised its earnings outlook after second-quarter results crushed estimates. They haven’t been pretty – not by any stretch of the imagination – but nor have they been the outright disaster economists feared.

Approximately 58% of S&P 500 companies who have reported earnings beat forecasts “by more than a standard deviation of estimates” – a rate on par with the recovery from the financial crisis.

Easing lockdown restrictions had already primed third-quarter results for an enormous rebound, and a similar earnings “surprise” could infuse the stock market with a hefty dose of risk sentiment in the lead-up to the election.

The third quarter ends on September 30. Earnings season will begin in earnest in mid-October, though some of the stock market’s biggest names won’t report until the end of the month – just days before the election.

That’s an extremely narrow window for earnings to impact the election, but it might be Trump’s best shot.

Before the pandemic upended the 2020 race, analysts believed the stock market was the closest thing the president had to a “trump card.” For all Trump’s divisiveness and his never-ending series of scandals, it was always going to be challenging for Democrats to unseat an incumbent president when the economy is firing on all cylinders and stocks are at record highs.

The coronavirus pandemic – and Trump’s handling of it – changed the game.

An October Surprise May Have Won Trump the Election in 2016 – Will That Happen Again?

Trump both suffered from and benefited from October surprises during his first election in 2016.

Exactly three weeks later, then-FBI Director James Comey unexpectedly announced he had reopened an investigation into Hillary Clinton’s use of a private email server. Even Comey conceded this might have been responsible for Trump’s narrow electoral victory.

Video: Why every U.S. election gets its own last-minute “crisis.” 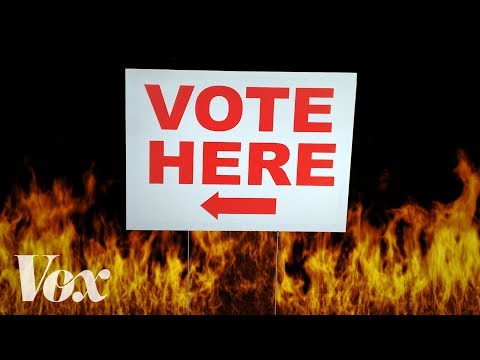 Given this history, and the central role that economic momentum plays in presidential elections, a vigorous rebound in third-quarter earnings seems like just the “October surprise” Trump needs to eke out a victory in the electoral college – even if losing the popular vote is a foregone conclusion.

The Nasdaq has already catapulted past its previous high; the S&P 500 and Dow Jones are closing in on their pre-pandemic zeniths too. As the stock market fights seasonal headwinds, a blowout earnings quarter could be what Wall Street needs to push valuations over the finish line immediately before the election.

The irony is that it might not matter. Not because the pandemic has changed voter priorities or caused enough people to permanently sour on Trump, but because the logistics of this election mean an October surprise could arrive too late to make a difference.

A record 75% of Americans will be eligible to cast their ballots by mail in the 2020 election. Social distancing concerns will likely lead more Americans to take advantage of this voting option than ever before.

While Trump alleges vote-by-mail is teeming with fraud, he has a more pressing concern. For the first time ever, a majority of American voters will likely cast their ballots before Election Day.

According to the New York Times, experts estimate 80 million Americans will vote by mail in the upcoming presidential election. That’s more than double the number of mail-in votes from 2016 – and more than 60% of the number of all votes cast in that election.

Throw in early votes – there were 24.1 million in 2016 – and Trump’s razor-thin path to victory becomes even slenderer. He may have just a handful of weeks to persuade swing state voters he deserves a second term.

In Florida, county elections offices will begin mailing ballots to local voters as early as September 24. That means some Floridians may vote before the third quarter is even over – much less before an earnings season surprise has a chance to supercharge the stock market.

No Republican presidential candidate has lost Florida and won the national election since Calvin Coolidge in 1924. Trump currently trails Biden by 4 points in the state, according to the latest Real Clear Politics average of polls.

It’s worse in Pennsylvania, where officials will begin mailing ballots as soon as they’re finalized. This could happen as early as 50 days before the election – September 14. Trump, who won Pennsylvania in 2016 by fewer than 45,000 votes, trails Biden by 5 points.

And in Arizona, where an average of 80% of voters already cast their ballots by mail before the pandemic, state law allows early voting to begin 27 days before the election. Biden currently boasts a 2.2 point edge on the president.

The first votes in the 2020 election will likely come from another battleground state – North Carolina. Officials will begin mailing out absentee ballots on September 4, giving the president just three weeks to claw himself out of a 2-point hole.

We all know Trump defied expectations before, but the deck is really stacked against him this time.