A long time ago, in a galaxy far, far away, Star Wars fans could count on video game adaptions that lived up to the pedigree of the tentpole franchise.

Knights of the Old Republic 1 and 2, for example, were both critical and commercial successes upon release.

Since then, the franchise has seen diminishing returns, and Star Wars Jedi: Fallen Order seems to be succumbing to the same culture of mediocrity.

The unveiling of the bland and emotionless void known as Cal Kestis triggered an immediate backlash from fans.

Character design plays a significant role in this. Judging from marketing materials, Kestis doesn’t bring much to the table in terms of looks, humor, or even personality.

Take away the lightsaber, and many gamers would be forgiven for thinking that he’s from another franchise.

And the worst part is that this could have been much different, according to game director Stig Asmussen.

Responding to fan questions in an interview with Game Informer, Asmussen claims that developer Respawn toyed with the idea of the protagonist being an alien creature.

But, sadly, perhaps recognizing that this was actually a compelling idea, it’s naturally something they decided against in Star Wars Jedi: Fallen Order’s early development.

Even the rationale behind the choice is as underwhelming as you’d expect.

“Ultimately we didn’t go with an alien race because we felt like, no pun intended, that would alienate a lot of people. We wanted to make sure that there was a real human connection to the character we have in the game.”

Back to reality: Chewbacca remains a fan-favorite, and even Star Wars: KotoR’s Mission Vao was well-received.

The truth is that many fans would love to get the chance to play as an alien race, and there’s a wealth to choose from, from Twi’leks to Rodians.

This is something that Respawn must have known going into development. Asmussen himself notes that using one of these races would have been a “really cool” choice.

“That’s the broader decision of why we did it, personally I think it would be really cool to have an alien protagonist.”

And then there’s Cal’s gender.

Believe it or not, he blamed Rey – the current lead in the cinematic trilogy – for filling the franchise’s glass-ceiling quota.

“We talked about different genders. We arrived at where we were because at the time Rey was kind of the thing for Star Wars, and so it made a lot more sense for us to have a male protagonist.”

Of course, this principle conveniently didn’t affect previous games in the franchise.

Luke and Anakin Skywalker were the protagonists in the first six Star Wars films, although there were few female leads in the games. Maybe the developers thought they would be alienating too many people with a female protagonist?

Suffice to say that it looks like Star Wars Jedi: Fallen Order will deliver another disappointing entry to the legendary franchise. We’ll find out for sure when it debuts on November 15. 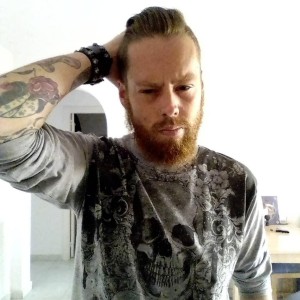 Gaming Could Be 5G’s Biggest Winner: These Are the 5G Stocks to Buy
September 19, 2020 No Comments

EA Rebrands Origin Launcher With the Most Boring Name Ever
September 15, 2020 No Comments