In the wake of Ruth Bader Ginsburg’s death last week, President Trump has announced that he will be proposing five Supreme Court nominees—all of them women.

While this is being offered as some salvo by the GOP—”see? We, too, believe in women justices!”—the fact is, they’re one worse than the next, just like Trump himself.

For those who need a primer, here are the five women being considered, and why we’re doomed as a country if the Senate votes to confirm any one of these monsters.

Of all Supreme Court nominees up for consideration, Amy Coney Barrett is the absolute worst by a country mile. She’s promised to overturn Roe vs. Wade, is a member of the Federalist Society, supports expanded gun rights and discriminatory immigration practices, and belongs to a Catholic cult called the People of Praise that, ironically, believes that women shouldn’t hold leadership positions. Her noxious views are better explained in the video below. 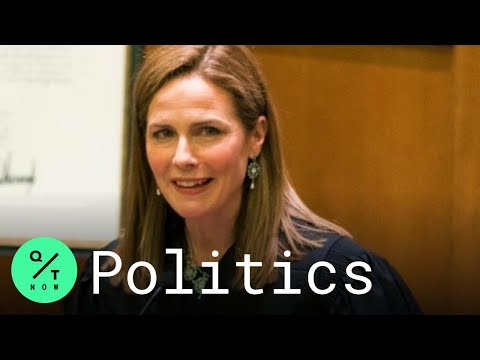 As one of Trump’s five Supreme Court nominees, Barbara Lagoa comes to the table with the distinction of being the first Hispanic woman to be appointed as a Justice of the Supreme Court of Florida. The 52-year-old was one of the lawyers who represented the Miami family of Elian Gonzalez. She believes that poll taxes—a remnant of the Confederacy and pushed extensively during the Jim Crow era to disenfranchise Black voters—are constitutional.

Nominated to the United States Court of Appeals by Donald Trump himself, Allison Jones Rushing interned for the Alliance Defending Freedom (ADF) while a law student. For those unaware, the ADF is classified as a hate group by the Southern Poverty Law Center for its virulent opposition to LGBT rights. Rushing has said that she will not recuse herself from ADF-related cases and doesn’t believe that being anti-LGBT rights is “hateful.”

A former Magistrate Judge of the United States District Court for the District of Arizona, Bridget Shelton Bade is another woman appointed to the circuit court by Donald Trump. Though she enjoyed bipartisan support for her nomination to the circuit court, she too is a member of the Federalist Society. It’s pretty bad, though, when Bade is considered the lesser of all evils.

With a history of clerking for Justice Clarence Thomas, Allison H. Eid has had Republican support since the days of George W. Bush. In her most notable case, this last of Trump’s potential Supreme Court nominees ruled that a 15-year-old deserved an 84-year sentence, despite the Eighth Amendment’s prohibition on giving juveniles a sentence of life without parole.

And so, on behalf of everyone with an ounce of sense, I’d like to personally thank every Bernie Sanders supporter, every Jill Stein supporter, every non-voter, and every “protest voter” who believed that things wouldn’t be that bad under Donald Trump.

Your arrogance, distorted privilege, and whiny sense of entitlement have not only all but burned the country down, but any of these Supreme Court nominees confirmed by the Senate will single-handedly undo all the “progressivism” you claim to be about.