Tuesday morning did not start out well for South Korean electronics giant Samsung.

At a time when the innovative tech company will be seeking a boost from the behemoth consumer tech conference CES in Las Vegas, the outlook is far from rosy. In fact, the company revealed that Q4 earnings estimates fall short by a massive 18 percent on expected market price.

The reasons for the steep decline appear to be multiple, although Samsung places the lion’s share of the blame on dwindling demand for its memory chip business. Rising competition in the smartphone sector has also hurt the company hard. This now represents some three-quarters of its revenue stream.

The News Couldn’t Come at a Worse Time

Samsung has been having a pretty dismal time of it lately, ending 2018 with its worst performance since 2000. Samsung shares finished year-end down by 24 percent.

You might have expected a knee-jerk reaction from Samsung stock and a steep decline. However, instead, the stock seesawed upon the news, swinging between positive of 1.2% up and then a negative of 2.1% down. It eventually fell by 1.7% at the close of day.

Stock plummeting in a tech market that’s been bearish for all major companies is nothing new right now. However, this is Samsung’s first profit drop in two years according to Financial Times.

Demand Fizzling Out for Its Chip Making Business

Samsung predicted on Tuesday morning that operating profits from Q3 2018 would come in at around 10.8 trillion Korean won ($9.67 billion).

While it sounds like a lot, this figure is actually a massive 28.71 percent less than the same time last year and over 18 percent lower than expected by analysts.

Demand falling in the company’s memory chip business has been coupled with a rise in competition from cheaper Chinese manufacturers. Managing Director at Sanford C. Bernstein Mark Newman quoted in CNBC, said that:

“Memory demand has really fallen off a cliff…”

This unfortunate slowdown is coupled by weakened demand for its smartphones that now represents the majority of Samsung’s profits. In fact, the company called the smartphone sector a “stagnant and fiercely competitive market”.

According to the International Data Corporation, Samsung saw a decline of more than 13 percent in global smartphone shipments in quarter three of 2018.

The tech behemoth also pointed to other key macro pressures that affected its profits including the trade war between Washington and Beijing and slowing growth in the Chinese economy. “Mounting macro uncertainties,” as Samsung summed it up.

The weak guidance from Samsung comes on the back of dismal forecasts from Apple. The company lowered its profit predictions considerably last week laying blame on a weakening Chinese economy and slowing global demand for its products.

Apple and Samsung are not the only companies to express concern over the slowdown in Chinese economic growth. Samsung’s production plants of memory chips in the country are being hurt by the ongoing trade war, as is demand for its flagship products.

A slowing economy doesn’t seem to have deterred electric car manufacturer Tesla, however. The company began construction on its gigafactory in Shanghai yesterday.

What’s the Outlook for Samsung?

While the most bearish analysts see an uncertain future for Samsung in a mobile market that’s become saturated with products bearing similar features, the company still has a few tricks up its sleeve. 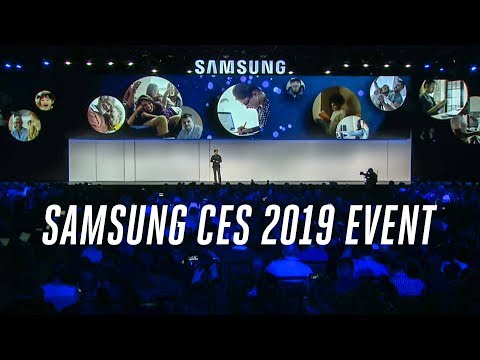 As will be showcased at CES, if Samsung can deliver on its 5G high-speed mobile internet and its folding phones are a hit, this could be key to shaking up a stagnant industry.

The future of Samsung appears to depend on its ability to focus on what it does best–innovate. Features like its Oled panel, folding phones, 5G, AI, and autonomous driving could be enough to see the tech giant rally once again.