A report by DSOGaming reveals than an end-user license agreement, or EULA, for Star Wars Battlefront 3 has popped up on Steam. The EULA reads:

Haze Studios, Free Radical Design, Lucasfilm, Disney are the owners of the copyright of this STAR WARS  Battlefront III (Classic, 2019). 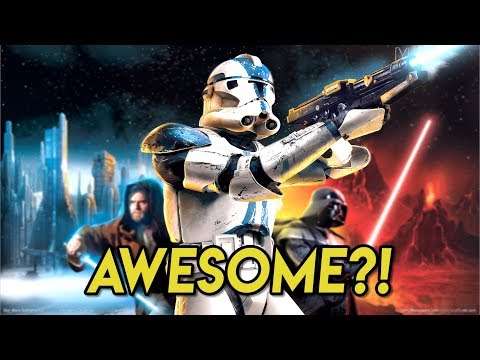 It’s unclear what the “Classic, 2019” mode could be. The game could feature gameplay like the original Star Wars Battlefront titles, which were released in 2004 and 2005 but there doesn’t seem to be any reason why this mode would say 2019 and not 2004 or 2005.

EA was forced to remove paid loot boxes from the game not long before release and it prompted a discussion about gambling in video games. Legislators around the world also created laws against loot boxes because of it.

No official announcement has been made, but after the success of Star Wars Jedi: Fallen Order, Disney did say that it wanted more single-player Star Wars games. The older Star Wars Battlefront games had multiplayer and single-player gameplay and could potentially be what Disney wants.