Minnesota senator Amy Klobuchar strokes speculation of a V.P seat in Biden's campaign. Trump has his own theory. | Source: Shutterstock.com

Amy Klobuchar raised some eyebrows with a stunning comment on the stump for Joe Biden in Michigan. While campaigning for the former vice president there, Klobuchar said she could think of no better way to end her candidacy than to join the ticket:

I couldn’t think of a better way to end my candidacy… than to join the ticket. 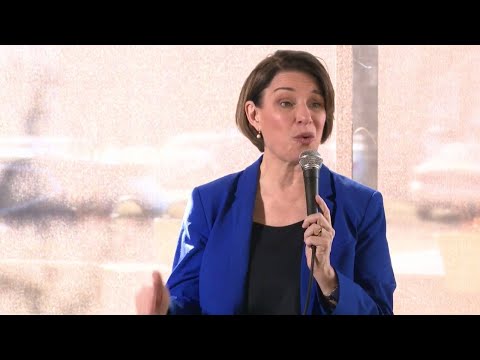 It’s unclear whether she intended to say that as a joke, or whether it was a slip of the tongue, which she played off by saying, “Kidding.” In the video, she appears to be taken aback as soon as she says “ticket,” and begins to stutter.

Klobuchar either intended it as a joke to tease the audience, or she was pretty quick-witted when she followed up with:

But her delivery wasn’t entirely smooth and she had a touch of nervous energy as she said it. It seems entirely plausible that she thought that up on the fly to cover her slip. 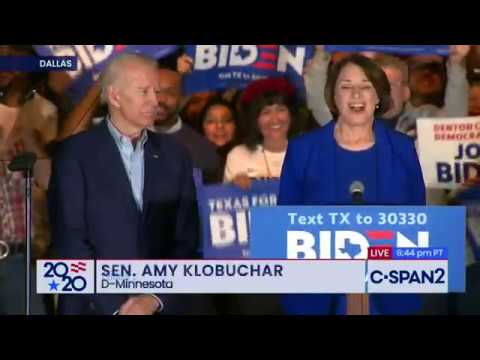 The betting markets have put Amy Klobuchar high on the list of favorites to get the nod from Biden should he win the Democrats’ nomination. Along with her are fellow DNC primary once rans, Sens. Kamala Harris and Elizabeth Warren.

But Klobuchar would be the smart pick as far as the electoral college goes. The Democrat will have California and Massachusetts in the bag. Klobuchar could give Biden (or Sanders) a boost in the bluish Midwestern swing states that flipped red in 2016.

Democrats are going to need that in 2020.

Donald Trump: There Was A Quid Pro Quo 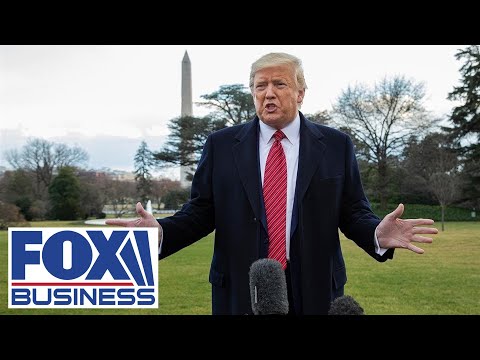 After Amy Klobuchar dropped out of the race, President Donald Trump suggested she was offered a position in the Biden administration. He characterized that as a way for the Democratic Party establishment to rig the primary against Bernie Sanders:

I think it’s rigged against Bernie. You see what’s happening with Klobuchar. I heard just something something [sic] happened there. Buttigieg just went out and said something. And probably they said hey if I win I’ll put you in the administration.

That’s called quid pro quo right? Quid pro quo. And they probably said hey listen. If I win I’ll give you the endorsement, but will you take me in the administration. Now I’m sure nothing like that has ever happened right? But no, it’s rigged against Bernie. There’s no question about it. Sounds like it’s a little bit unfair.

Before Super Tuesday Amy Klobuchar was leading Biden in her home state by a wide enough margin that her exit and Biden endorsement could have easily made the difference in his win there. She specifically told the New York Times that’s why she bowed out ahead of Super Tuesday, to help Joe Biden.