Over the weekend, Americans mourned as Supreme Court Justice Ruth Bader Ginsberg (RBG) passed away. Her death, just weeks before the presidential election, has set off a political firestorm that could further divide Americans and leave the stock market in tatters.

RGB made clear that she wanted her seat to be filled after the November 3 election, a call that Democrats have echoed over the past few days. But Republicans, for the most part, have promised to quickly fill her seat with their nominee, tipping the political scale among Supreme Court justices even further to the right.

Donald Trump Promises to replace RBG at a campaign rally in the video below. 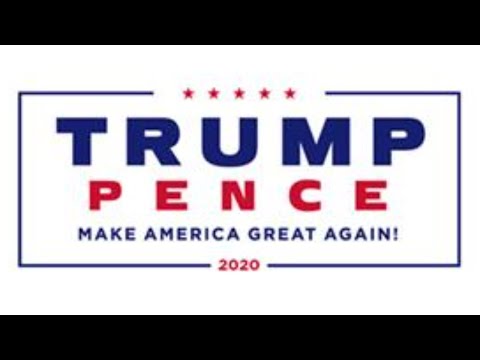 One of the major worries among Americans is that Donald Trump will appoint a conservative judge that could strip women of the rights RBG fought hard to protect. But there’s a more immediate issue America’s highest court will likely have to decide—the election.

Trump’s RBG Replacement Could Be a Political Ally

Trump has already started to cast doubt on the results of the November election. As Eurasia Founder Ian Bremmer put it, no matter who wins, the election will seem fraudulent to half the population. He points to the risks of holding an election during a pandemic as a significant reason people will doubt the results:

There [are districts] unable to physically handle all of the ballots because of a pandemic. I do think Trump will have a lot more people voting for him on the day, and then he’ll say, ‘I won.’ Assuming a reasonably close election, it might be quite some time before we figure out who the president is, and we may never quite figure it out.

A contested election would make its way up to the Supreme Court—something Donald Trump could be counting on. If he can replace RBG over the next few weeks, a third of the Justices have the president to thank for their seats. Those same people could also be in charge of deciding whether or not he gets a second term.

With eight justices currently on the bench, four are positioned firmly on the right, one stands in the center, and three are considered left-leaning. The addition of another conservative judge would tip the scales firmly in Trump’s favor.

How That Impacts the Stock Market

What’s more, if the results of the election are decided by the people Donald Trump himself chose, civil unrest could grow exponentially. Keith Lerner of SunTrust Advisory Services pointed out that, while the fight over filling RBG’s seat heightens emotions, it’s not enough to derail the market.

This adds more fuel to a very high pressure, high-emotion election, but it’s not a game-changer by itself for market impact

This year’s election is seen being ‘the most litigated in history’ by some analysts, but how will that uncertainty impact the stock market? In November 2000, Al Gore challenged the election results in an argument that lasted into December. The stock market lost 5% in the two weeks following the election.

It’s reasonable to imagine that this time around, a disputed election could offer investors a much worse fate. Civil unrest and pandemic-related uncertainty are already hanging over the stock market like a gloomy cloud. All of that will be amplified considerably if the election is left undecided for any period.

What’s more concerning is that even a Supreme Court ruling to decide the election is unlikely to satisfy at least half the population. That means the stock market could be buried under uncertainty for far longer this time around.