Washington Redskins head coach Jay Gruden is a lucky guy. If he’d been on a team that didn’t thrive on dysfunction quite like the Redskins do, he would have been fired a long time ago.

Head coaches are hired to turn their teams into winners, and then they do what winners do—win games. But not his team.

Where is Jeff Fisher? Not in the NFL!

Maybe that is where he gets his bizarre refusal to put Dwayne Haskins under center. Dan Snyder has been loyal to him and given him more chances than he should. So, he is going to be loyal to Case Keenum and give him more opportunities than he deserves.

Every football fan that watched the disaster of a game Case Keenum had for the Redskins Monday night (five turnovers) had to be shocked when they heard Gruden was sticking with Keenum. But he is, and you’ll never guess the reason why.

Following the game, he was asked if he was considering a switch (via ESPN):

“Not really,” Gruden said. “The most important thing is that we have some continuity…”

Really, Coach? The most important thing is continuity? Do you really want to continue to lose? Are you sure it isn’t maintaining “continuous” control of the ball, generating offense, and putting points on the board? Oh, yeah—and winning games?

“You drafted a QB in the first round…”

"I've got to give Case [Keenum] an ample opportunity to play with these new guys." – Jay Gruden… 🧐pic.twitter.com/adyPoGR8ct

He went on to talk about how Keenum and the rest of the offense need time. With time they will play better and figure out how to gel. He said that he thinks that they can be better, and they have the potential to win games in the future.

Case Keenum’s Miracle Moment Is Over

To be fair—he has a point, sort of. Keenum has proven himself to be a capable quarterback at times. But what Gruden is choosing to overlook are the many other times he was not. While Keenum was great during his miracle season in Minnesota, he was not serviceable in Houston, Los Angeles, or Denver. 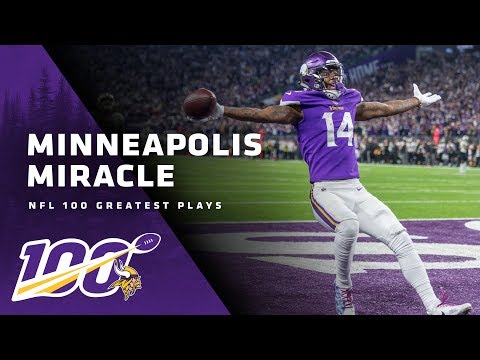 His loyalty to Keenum is admirable, but what he needs to be thinking about is the relative success that rookie quarterbacks have had in recent years.

Kyler Murray, Daniel Jones, and Gardner Minshew II are all playing well this season. Lamar Jackson has been great. Baker Mayfield, Sam Darnold, Josh Allen—their teams are all excited about what the future holds.

Gruden could be excited, too. All he needs to do is give his rookie quarterback the ball. But it appears that Gruden is old school. He seems to think that Dwayne Haskins needs to hold the clipboard and run the scout team.

It’s an old school train of thought; one that worked well back in the day for many quarterbacks. Aaron Rodgers had to sit for a while, and he turned out pretty good. But there is a reason why six of the eight new head coaches this year are closer to age 40 than 50.

Old school is out.

It’s a new day in the NFL. The youth movement is on, and Jay Gruden had better get with it. If he doesn’t, maybe Keenum will return the favor and show his loyalty by buying Gruden a case to drown his sorrows as he updates his resume.