The US economy grew at a faster clip than even Donald Trump’s presidential administration had expected, according to the latest Commerce Department report which was delayed by the government shutdown.

While significantly lower than Q3’s annualized rate of growth of 3.4%, the Q4 result of 2.6% is 0.4% higher than expected and above average when compared to other years in this period of economic expansion.

While slowing toward the close of the year, overall the GDP for 2018 came in at 3.1%, 0.1% higher than the yearly target outlined by the Trump administration. A strong labor market and hefty tax cuts both helped stimulate the economy with an increasing number of workers in the workforce netting better take-home pay. If things continue at the current pace, the US economy is set to enter its longest-ever period of economic expansion by summer 2019.

Tax Cuts Strong Impact on GDP
Take a look at the surge in IP investment…mind boggling and a direct reflection of changes in the tax code. Also, overall business investment made nice rebound 6.2% from 2.5% pic.twitter.com/o608j5iFyA

However, the world is entering a period of widespread economic turbulence and uncertainty with Brexit looming on the horizon and opaque progress being made in the negotiations aimed to halt the ongoing trade war between the US and China.

US Trade Representative Robert Lighthizer recently stated that a deal was far from being finalized and even went so far as to suggest that one may not be secured at all, potentially leaving the world’s two largest economies locked in a bitter trade dispute indefinitely.

Government Shutdown Could Bare its Teeth in Q1 Data 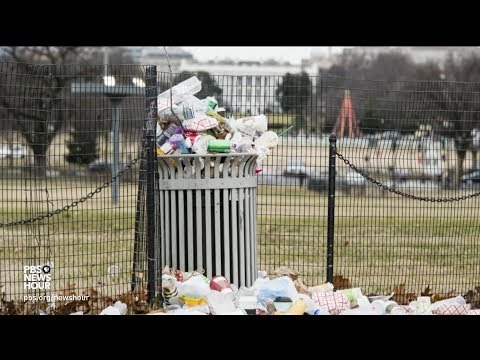 The 35-day partial shutdown of the US government came into effect on December 22, making its impact on Q4 GDP minimal. It is estimated that the shutdown brought the final Q4 reading down by 0.1%, but the US Commerce Department has stated that it’s too soon to analyze the effects of the shutdown with complete accuracy.

However, due to the disruption of federal services throughout the 35-day period, the economy is sure to have been negatively impacted, and the shutdown most likely will take an even greater toll on growth in Q1 2019. Inflation remains muted for the time being, giving the Federal Reserve the breathing room required to go ahead with its suggested approach of easing off on rate hikes for the year, and business spending is beginning to pick up, leaving the predictions for Q1 GDP uncertain as of yet.

The housing market continues to show weakness, contracting throughout each quarter last year and dipping 3.5% in Q4. High mortgage interest rates and rising home prices outpacing wage growth were the main factors in a struggling housing market where many would-be buyers complain of lack of affordability.

On the other hand, non-residential business investment increased significantly, with a 6.2% rise in equipment, software, and research investment. Consumer spending, the bulk of the economy, was lower than expected at 2.8% growth, but still contributed 1.92% to the overall Q4 GDP figure of 2.6%, led by strong activity in health care, insurance, and financial services.

Defense spending rose to a 9-year high, climbing from 6.5% to 6.9%, while non-defense government spending actually posted the biggest drop since 2013, dipping 5.9%.