By CCN.com: The Duke and Duchess of Sussex, Prince Harry and Meghan Markle, may have borne the burden of carrying a baby for over nine months but for the rest of their son’s life, commoners will have to chip in.

While the Duchess of Sussex was initially said to be planning on a home birth, she is reported to have been rushed to a private hospital in London at the last minute. According to the Daily Mail, the facility is believed to be The Portland Hospital. The health facility boasts of being the ‘only fully private maternity hospital in the UK’. 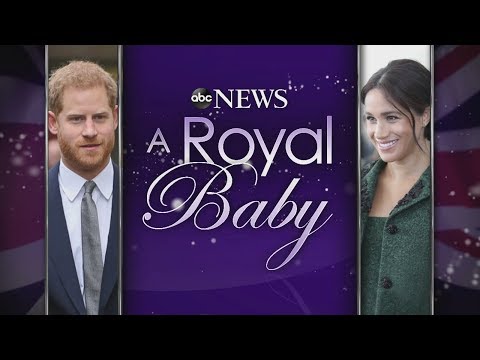 On its website, the private hospital puts the cost of midwife led care at between £8,000 and £9,100. Meghan is reported to have been overdue and the hospital changes an extra £4,500 for a postdate induction of labor.

Additionally, surgical delivery of the placenta requiring a consultant adds another £1,500 to the bill. Other fees include resident obstetric anesthetist service which is charged at £660 and epidural services which is billed at £995.

Meghan Markle’s Royal Baby Could Have Cost up to £20,000 to Deliver

If Markle required all the list services, the total cost comes to over £15,655. The couple has kept secret most of their delivery details but if Meghan stayed an additional night at The Portland, this would have cost an extra £2,250 for an ordinary suite. Prices for a premier suite cost more. This means the delivery of the Royal baby could have cost nearly £20,000.

Last year, Queen Elizabeth gifted the couple Frogmore Cottage. Don’t let the name deceive you though as it is a 10-bedroom luxury home sitting on 35 acres of land.

Kensington Palace confirm my story that The Duke and Duchess of Sussex #HarryandMeghan will move out of KP next year to Frogmore Cottage as their official residence. Their office will continue to be at Kensington Palace with the Duke & Duchess of Cambridge. pic.twitter.com/yzvcv7d75W

The property has since then undergone renovations estimated to cost between £2 million and £3 million. The cost of renovating the nursery alone was a little over £50,000.

The number of servants at the property, some of whom are paid for by taxpayers, is also unspecified.

Security for the couple and their new baby is however already enormous. In November last year, the Daily Mail reported that taxpayers would pay up to £5 million for protecting the Sussexes during their first year at the Frogmore Cottage.

Per the tabloid, the estate will have to be policed by the Thames Valley Police. There will also be an additional two or three private protection officers hired for the property. The high costs of securing the property are due to its location.

While not all the costs of bringing up Prince Harry and Meghan Markle’s baby will be borne by taxpayers, security especially during public appearances is the responsibility of the British public. The main security team protecting the Duke and Duchess of Sussex is drawn from the Scotland Yard.

Luckily for the new Royal baby, he will never lack. Other than the safety net provided by the taxpayers his parents are wealthy. Prince Harry is estimated to be worth about £10 million while Meghan Markle is worth approximately £3.8 million.