Panzer Dragoon: Remake won't be a Switch exclusive, and that may be bad news for the fate of Nintendo's third-party title portfolio. | Source: Nintendo/YouTube

Panzer Dragoon: Remake is coming to the PC via Steam, and its release may spell trouble for future Nintendo Switch exclusives from third-party developers.

The Nintendo Switch, like other consoles, banks on offering gamers exclusive content that they can’t find anywhere else. However, it looks like the hybrid gaming device is having trouble keeping those exclusives, well, exclusive.

Earlier this year, Octopath Traveler stopped being an exclusive for the Nintendo Switch. That change was due to its release on Steam – just like Panzer Dragoon: Remake.

In isolation, this case wasn’t too bad for Nintendo, as the game did remain exclusive to the console for roughly a year before coming out on PC. However, things get worse when we look at another Nintendo Switch game from this year.

Travis Strikes Again: No More Heroes came out back in January for the console and remains a Switch exclusive. The issue is director Suda51 announced in May that ports are in the works for the PC and the PlayStation 4. While those ports aren’t ready yet, their early announcement may have undercut sales of the game on Switch. 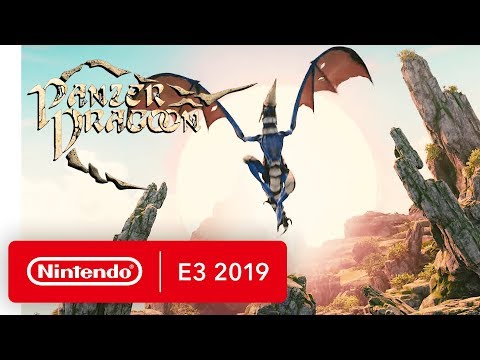 Now we get to Panzer Dragoon: Remake. The game isn’t even available on the Nintendo Switch yet, and already it’s coming to another platform. To make matters worse, it looks like it might release on Switch and PC at the same time. The game has a release window of Winter 2019 for both the Steam and Switch versions.

To be fair, this does mean that Panzer Dragoon: Remake should arrive on Switch before other consoles, but for how long? Also, will the same be true when the Panzer Dragoon II Zwei: Remake comes out, or will it just launch on all devices at the same time?

Nintendo’s first-party titles are great, but the company needs to lock down more exclusive third-party games. That’s especially true if it wants to be ready for the next-generation console war that will start in 2020 when the PlayStation 5 and next Xbox come out.

Update 10/28: Panzer Dragoon: Remake was only announced for Switch at E3 and widely assumed to be a Switch exclusive. However, Benjamin Anseaume, the game’s producer, told CCN.com that the company never agreed to exclusivity.

William White comes from Southeast Ohio and is a graduate of Washington State Community College. He's been writing professionally for over 10 years and his current focus is on the gaming industry.