Nikola’s first-ever quarterly report as a public company was supposed to come and go without incident. With no earnings to speak of, what could go wrong?

Then a curious thing happened. Nikola Motors (NASDAQ: NKLA) announced it had generated $36,000 in revenue during the quarter that ended in June.

Although nobody expected Nikola to generate any revenue, the figure still sparked chuckles, considering the company boasts a $14 billion valuation.

It raised questions too.

Per the quarterly report, the sole source of the revenues was the “provision of solar installation services to the Executive Chairman” and founder Trevor Milton.

Yep, the founder was the only client of Nikola’s solar installation business. This raised a lot of eyebrows and – even more questions.

For example: Were the services competitively priced?

Even more curious is the fact that solar installation is not Nikola’s primary business.

Solar installation projects are expected to be discontinued and are not part of our primary operations.

What is Trevor Milton thinking?

The whole incident reeks of a lapse in judgment. Nikole is a public company. Why didn’t Milton have the sense to hire an outside firm to install solar panels on his private property?

Even if you assume everything was done above board, it’s hard to escape the appearance of a conflict of interest.

The fiasco is par for the course for Nikola. The “automaker” is the constant subject of ridicule on social media, in part due to its over-reliance on computer renderings to promote its products that don’t exist yet.

That was too much of a hassle for Trevor Milton and company.

And after opening reservations on a truck with no prototype and nothing more concrete than basic computer renderings, Nikola has declined to reveal the exact number of preorders it has received.

A little more transparency on Nikola’s part would go a long way toward assuring shareholders the company warrants its lofty valuation.

An empty piece of dirt in the middle of the desert

Nikola’s sluggish progress in beginning the construction of its plant in Coolidge, Arizona, is another cause for concern.

Weeks after the groundbreaking ceremony, there seems to be little activity at the site.

Video: Nikola doesn’t seem to be rushing to begin construction of its Arizona factory 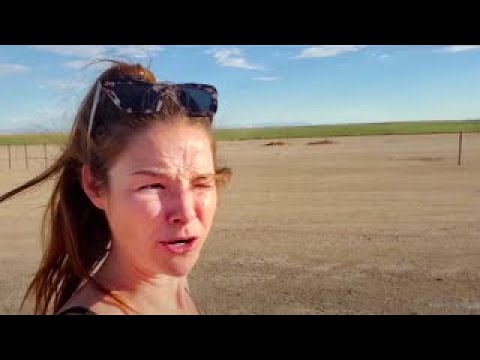 Milton has been quick to assure everyone that “tractors are like the least important thing” about building a plant, though.

Video: Trevor Milton “explains” the lack of progress at the Coolidge factory site

If Nikola wants to instill confidence in investors, it has a lot of ground to cover – and not just in Coolidge.

Otherwise, shareholders are going to scurry for the exits just as quickly as they hopped on board the company’s 3D-rendered hype-train.

Nikola stock plunges back to where it started

After opening at $37.55 following its public listing in June, Nikola stock soared by 150% in a matter of days. Before long, it peaked above $90 per share.

Then the pullback began.

Less than two months after briefly becoming America’s third most valuable automaker, NKLA shares have plunged back to $37.55 – exactly where they started.