When word got out that Trump played Young’s “Rockin’ In The Free World” at his Mount Rushmore rally Saturday, the rock legend took to Twitter to make clear that he doesn’t co-sign it.

Young, who has been both rockin’ and speaking out against over-reaching governmental authority for decades, proves he’s still got the same fire he had all those years ago.

Neil Young Has Never Been A Fan Of Trump

Back in 2016, Trump used Neil Young’s music during his campaign for the first time. Young responded by posting a lengthy letter making clear that he not only opposed the current president or the use of his music, but he found him to be a “disgrace” to the country.

Every time “Keep On Rockin’ In The Free World” or one of my songs is played at your rallies, I hope you hear my voice. Remember it is the voice of a tax-paying US citizen who does not support you. Me.

Young emphasized this sentiment again on Saturday and took to Twitter to share his distaste for Trump’s use of his song.

He Has Always Been This Way

Trump supporters are, of course, crying about the fact that someone dared to speak out against their precious leader.

But Neil Young hasn’t just denounced Trump. Throughout his career, he has always spoken up in favor of “the little guy” and against over-reaching government authority.

Let’s remember that this is the same man who wrote “Ohio” in response to the Kent State massacre—so this is not someone shy about letting the world know about his displeasure about something. 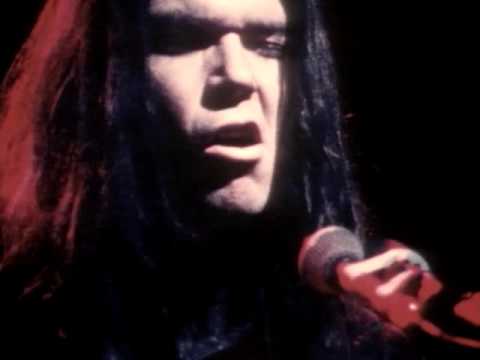 Put simply, Neil Young was just being himself with this latest denouncement. He should be applauded for keeping it real after all these years.