An eagle-eyed Redditor noticed a marked overnight increase in Death Stranding’s user rating score on Metacritic. The quirky game from highly-acclaimed director Hideo Kojima received a massive boost in user score, jumping from 5.1 up to 7.4.

This cached link shows the December 5 rating. According to calculations from user “argandg,” Metacritic removed approximately 6,400 negative user ratings overnight. It’s important to note this does not necessarily include user reviews, although some responses suggest they too may be inaccurate.

It’s hard to say what’s going on without direct knowledge of Metacritic’s protocols or politics. CCN.com contacted Metacritic for comment about the missing Death Stranding ratings but had not heard back in time for publication.

For now, all we can do is speculate. But one particularly controversial argument involves the potential knock-on effects for The Game Awards, which are quickly approaching.

One week from now is the #TheGameAwards!#DeathStranding! is Nominated for #TheGameAwards, including Best Performance!
Check out all 9 nominations and vote here (you can vote every 24hours): https://t.co/CMenRxI9LQhttps://t.co/ZLPwwAUhXK#TomorrowIsInYourHands pic.twitter.com/W4CmcPjHTB

As “argandg” notes, on the current trajectory, the game is not too far from falling into negative classification:

Next week are the Game of the Year Awards. And if it had broken down below the 5.0 mark, its classification would have changed to ‘mostly negative user reviews’.

According to him, this is the likely reason for the sudden boost, though he isn’t making any friends with hardcore Death Stranding fanatics:

I have been checking the user ratings almost daily… steadily, the score had been decreasing in the last couple weeks as more negative ratings were submitted daily. So I’d tend to think that the brigading was to prop up the score.

Another less conspiratorial theory relates to the growing problem of review bombing, a practice that uses automated bots to bombard the rating tool with artificial votes. Many mainstream user-review portals, including Steam, are actively tightening up their systems to purge these fake ratings. 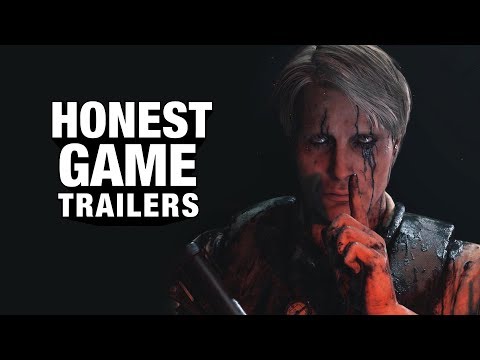 If that were the case, the removals would be totally justified due to Metacritic’s efforts to reflect real-user sentiment accurately. That said, a number of responders confirmed that their low-scoring reviews had also been removed.

Not surprisingly, a number of rival conspiracy theories are making the rounds, but there’s no real supporting evidence yet. One thread poster goes on to explain:

Reminds me of this one guy who hated the developers of Darkest Dungeon for some unclear reason. He had a bot network that manipulated Steam user reviews so only the negative ones showed up first.

Either way, Metacritic has not provided any official mention of the incident yet, which only adds gasoline to the speculation bonfire.

You Probably Either Love or Hate Death Stranding

Despite the hype surrounding this year’s most talked-about game, Death Stranding endured a verifiable review-beating on Metacritic post-launch.

Judging from replies, social media chatter, and reviews, there seem to be very few grey areas for players.

I'm so proud of myself… All for a pizza delivery #deathstranding #PS4sharehttps://t.co/zh7ObvQ60j pic.twitter.com/0YvdBCX1se

Kojima’s studio has said that it also has plans to bring Hideo’s gnarly vision to the cinema. If this game is anything to go by, we can pretty much expect the big screen to be just as insane… along with the reviews.