SoftBank has reportedly raked in $4 billion in gains after CEO Masayoshi Son bet on U.S. equity options. It is perceived as the “whale” that sparked the S&P 500 recovery. But investors in the Japanese conglomerate are not happy.

SoftBank’s stock dropped 8% during a substantial decline in a single trading session. Investors were shocked as the Financial Times and the Wall Street Journal reported Son’s involvement in options trading.

Before the abrupt intraday drop, the SoftBank stock price was up 44% year-to-date.

The SoftBank share price shows an uncanny similarity with the S&P 500 index, which has simultaneously slipped this week.

SoftBank, the “Nasdaq Whale” Slumps: Would it Spoil the S&P 500 Rally?

Dubbed the “Nasdaq whale” by the FT, SoftBank was reportedly one of the few big whales that buoyed the recent tech stock rally.

The confluence of significant retail buying demand and aggressive bets from firms like SoftBank caused the S&P 500 upsurge.

After the strong uptrend, investors are starting to turn cautious.

Munson said, investors just  “realized there’s a lot of people and a really small door,” hinting at a profit-taking pullback.

This portfolio manager suggests a profit-taking pullback could intensify. Watch the video below: 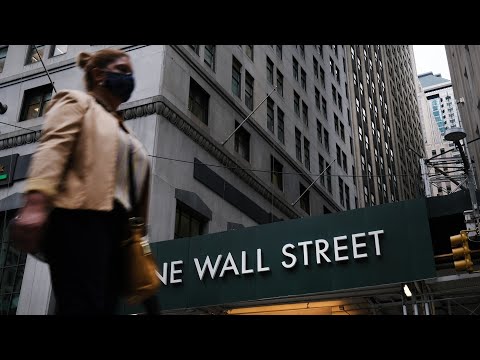 Many investors, from institutions to retail traders, sat on extremely high profits until August. But as whales start to sell off, it could reverse the trend of the S&P 500.

As CCN.com previously reported, economists warned that if institutions start to sell, they could overrun retail investors.

The overheated S&P 500 rally is beginning to slow down, and investors are selling SoftBank stocks as a result.

“SoftBank was riding the Nasdaq wave like a mutual fund. The market is falling now, and investors have zero visibility, so they are selling SoftBank stocks.”

The fear around the stock market is unnerving SoftBank investors because the company spent nearly $4 billion on options premiums.

Although the firm reportedly gained $4 billion in gain, reports say that they have major unrealized profits.

Holger Zschaepitz, a market analyst at Welt, also noted that the Japanese group has “unrealized profits.” He added that a correction in the stock market “could erode returns.”

One Variable is the Intensifying U.S.-China Relations

The S&P 500 and tech stocks have declined due to the overcrowded markets and a gap between valuations and fundamentals.

But concerns are arising that the U.S. pushing for additional restrictions on Chinese companies could contribute to the overall market sentiment.

On September 7, the U.S. Department of Defense (DoD) said it is considering naming SMIC to the infamous Entity List.

Created by the Commerce Department, the Entity List essentially lists all companies blacklisted by the U.S. If SMIC is included in the Entity List, there will be restrictions on American exports.

After the DoD released its statement, the stock price of SMIC plummeted by more than 23%.

In the near term, there is a possibility that China could respond with potential countermeasures. Amid an ongoing market slump, it could add to the uncertainty around equities.