It’s a day to celebrate women typically seen in a loving, positive light.

For many people, their mother is their first love. She is the woman who stays at the ready with Band-Aids for boo-boos, kisses for broken hearts, and hugs for special days.

But for many more, their mother is not a source of stability and love.

For many more, their mother is their first lesson in the unfairness of life, the cruelty of humanity, and the subsequent cynicism that follows into their adulthood.

Mother’s Day And The Mother Wound

For those who don’t have great relationships with their mothers — who suffer from anything ranging from estrangement to complete detachment — Mother’s Day is a reminder that the so-called “mother wound” exists.

Clinical psychologists define the “mother wound” as the overall effects of having an emotionally absent mother. And what’s more, a “mother wound” doesn’t mean your mother wasn’t physically around. For many who suffer from the mother wound, their mother was physically present but absent in every other meaningful way. 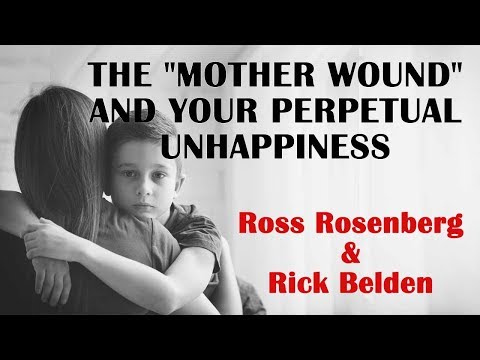 Whatever the reason for her not being there, though, those with mother wounds don’t exactly love Mother’s Day.

And how can you blame them?

How Can You Get Through Today?

So what do you do when Mother’s Day comes around, and you have to face the reality that your mother failed you?

Well, there are a few things you can do.

Those who have a relationship — however strained — with their mother can remind her that today’s her “special day.” They can take steps to ensure that their interactions with their difficult mother are minimal and topical. And they can take their own space when needed, especially if it diffuses a particularly volatile situation.

For those that don’t have a relationship with their mother, they need reminding that the alienation isn’t their fault. They need assurance that they’re wonderful just the way they are.

And they need to remember that they’re far from alone in thinking that “Mother’s Day” is just a nonsense holiday.