The late 90s ended up being the era of monster-hunting games. After Pokemon came along and made the genre hugely popular, several other Japanese brands gave it a go. Digimon is probably one of the most well-known, but another fan favorite of the PS1 era was Monster Rancher.

Monster Rancher featured the ability to actually generate monsters from your CDs which was sort of a neat feature. In terms of other stuff to help differentiate it from more popular franchises, it really just had CDs and Jelly Cups.

News recently broke that the first Monster Rancher title is going to see a re-release on Smartphones and Nintendo Switch in Japan. Koei Tecmo has announced the Japanese re-release to come to smartphones on November 28th while the Switch port will drop on December 19th.

The new versions don’t add too many features, but they do make it possible to get around the lack of CD scanning. It is now apparently possible to search for CD titles to generate monsters, as well as download other player’s monsters to fight against.

So Will We Get a Western Release?

The chances of a western release depend on a few things. It won’t be that difficult to translate, on the basis that the original game already had a release in North America and Europe. Transplanting the translations into the newer version shouldn’t be all that much work.

The biggest issue here is going to be the new features. Download other players’ monsters shouldn’t be that big of a hurdle, but the CD searching definitely will be. There aren’t many details on how exactly the searching works, but it almost certainly uses an album database of some kind. 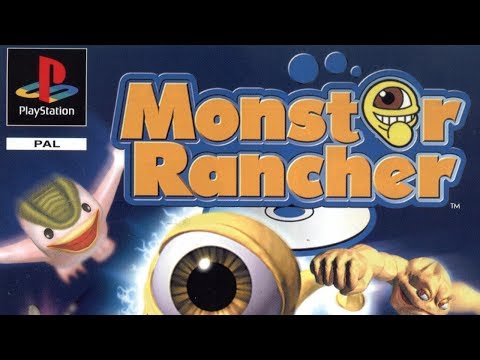 How They Could Get It Working in the West

So since we don’t have many details on how scanning is going to work, we’re basically left to guess. The two most likely options are possibly a partnership with RIAJ (Recording Industry Association of Japan) to create some sort of database, or possibly using an online music service.

If the second of those two is the case, then it’s possible that a partnership with Spotify or Amazon Music might be doable. Whether or not they’d be willing to strike such a deal is another question, but it would certainly provide a wide array of music to make monsters from.

The final, and probably biggest, obstacle is probably fan reaction. Although the series got to about 11 games in Japan and North America, only 2 titles were ever released in Europe. It might be that Koei Tecmo doesn’t see the value in a wider release.

There is one way around this, of course, get tweeting! If you’re one of those nostalgic for Monster Rancher then you need to let the powers that be know that you want a release and would support it. If it all works out we’ll have an alternative to the terrible starters from the upcoming Pokemon Sword and Shield.