Mixer’s latest announcement may have given more insight into its long-term strategy.

The live-stream wars are in full swing with no clear indicators of where exactly it’s headed. With bank transfers rumored to be in the millions and low-impact metrics, many are wondering where the payoff lies. Mixer’s latest announcement may have given more insight into its long-term strategy, though.

Name of the game

Microsoft and its streaming platform Mixer were first to fire in the so-called live-streaming wars. The August exclusivity deal was announced with gaming’s most iconic personality, Tyler “Ninja” Blevins, and Mixer set off a proverbial warfare.

Mixer continued on a streamer shopping spree enlisting Michael “Shroud” Grzesiek, Cory “King Gothalion” Michael, and Soleil “Ewok” Wheeler to its platform. This caused YouTube, Facebook, Twitch, and even Caffeine to lock horns and fight back with exclusive arrangements of their own. The model has formed an atmosphere in which platforms must fight for their content creators. There’s also no telling when the poaching will end.

The logic behind each deal seemed fairly cut-and-dry; on-board popular personalities and increase viewership metrics of the platform. To some extent, it’s worked. On the day of Ninja’s transition, Mixer became the No. 1 app in the iOS store and achieved the highest possible Google Trend score.

Although, an Oct. 14 report from Stream Elements outlined Twitch still reigned supreme with 75.6% of live-streaming hours watched. Meanwhile, viewership of the streamers themselves are suffering.

Take ex-professional CS:GO player and variety streamer Shroud, for example. The week prior to joining Mixer, Shroud boasted an impressive average viewer count of 27,245. In his last two weeks on Mixer, Shroud has averaged just 6,506 viewers.

At scale, the exclusive agreements likely haven’t garnered the type of growth Mixer was hoping for. That’s not to say Microsoft doesn’t have something up its sleeve in the long run, though.

While there has been endless amounts of speculation, no one truly knows the parameters of these contracts – what they’re worth, what the guidelines are, and what other obligations are tied to that money. For the most part, it’s truly a mystery.

The arrival of Halo: Master Chief Collection on PC Dec. 3 is one of Microsoft’s biggest foreseeable debuts. The following day, its streaming platform will host Mixer Matchups, an event to promote the game’s release. Apart from the Mixer streamers participating, the event itself will be hosted by Ninja on his channel. Having Ninja as an anchor for the tournament should help drive its viewership and awareness.

The news comes as Mixer’s first tactic to utilize one of its superstar streamers beyond its opening deal. And frankly, it’s what many have suspected since the very beginning.

Perhaps that the Mixer deal was actually designed for more than just promoting the streaming platform itself. Maybe it was a cunning plan by Microsoft to promote its upcoming products with the gaming world’s most influential players. And with two massive releases – Xbox Scarlett and Halo: Infinite – on the horizon, they are likely aligning themselves for an unignorable campaign. Hell, Ninja could even be the frontman of an entire new console generation for Microsoft. No one really knows.

In Ninja’s announcement video, he talked about “getting back to his roots.” Prior to rocketing up to Fortnite stardom, the streamer was known as a professional Halo player. Going professional in 2009, Ninja went on to play Halo under some the most recognizable organizations in eSports. That list includes Team Liquid, Luminosity Gaming, Cloud9, Evil Geniuses, and the unmistakable Final Boss. We could only assume that picking up and streaming Halo for a few hours a day come the time of its launch will be natural to him.

What else will come from this partnership with Microsoft? Well, we can only really speculate at this point. There’s no telling whether or not Ninja would have participated in the Mixer Matchups event previously – or at least without a big bag of cash attached to it. Participation in further tournaments, appearances, endorsement, and whatever else Microsoft can drum up alongside its team of influencers is all a possibility.

Either way, we’ll get our first glimpse of Ninja revisiting his old love interest on Dec. 4 with Mixer Matchups. You can view the tournament on the day at Ninja’s Mixer channel starting at 7 p.m. EST. 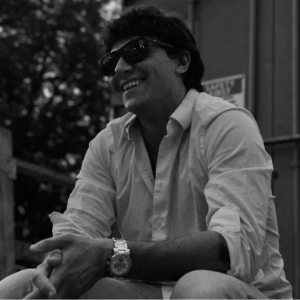 Cody Luongo
Cody is a US-based communications specialist with a passion for telling the esports and gaming's most compelling stories. Cody can be reached by email at: LuongoManagement@gmail.com
Subscribe
0 Comments
Inline Feedbacks
View all comments
← PreviousStill-Expensive VR Hardware is Bad News for Half-Life: Alyx
Next →Check Out This Absurd Death Stranding YouTube Parody

Ninja’s Twitch-Facebook-YouTube War Has One Obvious Winner
July 11, 2020 No Comments

‘Mixer Refugees’ Dish on Shocking Shutdown – And Where They’ll Go Next
June 29, 2020 No Comments