By CCN.com: Investors have been rubbing their greedy little hands together thinking that the Uber IPO will make them rich.

However, a close look at Hoover’s model, financial statements, and the rideshare market provides investors with plenty of reasons to short Uber’s stock.

⁦@dkhos⁩ You are gonna get sued by the investors😂#Uber IPO: Uber loses an average of 58 cents per ride — and says it's ready to go public – CBS News https://t.co/O1uqoW0ZQC

Reason No. 1: Uber has massive losses that will only grow

Anyone who wants to invest in the Uber IPO, or rideshare stocks, should take a look at those massive losses and keep their feet planted firmly on the ground. Those losses are only going to get bigger.

The reason is due to a counterintuitive chart in the Uber IPO prospectus:

As the number of ridesharing trips increases, the revenue generated per trip declines.

There are two really ugly reasons for this. The first is that Uber keeps introducing lower margin products, such as Uber Eats. The second is that Uber wants to fight off competition from Lyft and taxis, so it relentlessly cuts fares.

Neither of these strategies is going to change. So no matter how popular Uber gets, it will never be able to generate a profit with such low margins. The same goes for all rideshare stocks.

What this means is that Uber is effectively subsidizing about 60% of every ride! Why would anyone want to invest in the Uber IPO when the money being raised is being used to keep a subsidization model alive?

Only an idiot would invest in the Uber IPO considering stock prices over time follow earnings. If there are never any earnings, the stock price will only fall.

Even the Uber IPO prospectus says the company may never become profitable!

Unlike the taxi medallion system, which has been in place for decades and thus has not experienced regulatory fights, Uber will face them for years…or longer.

There are so many lawsuits at the state and local level, just in the United States alone, to keep Uber tied up in court for years.

Add to that ongoing regulatory uncertainty and battles, particularly in large markets like New York, and Uber IPO investors should worry. For example, after giving Uber a de facto free pass in New York for years, killing the taxi industry, the City Council has finally instituted significant restrictions. Uber is so concerned about these regulations that it has frozen the hiring of new drivers in New York. 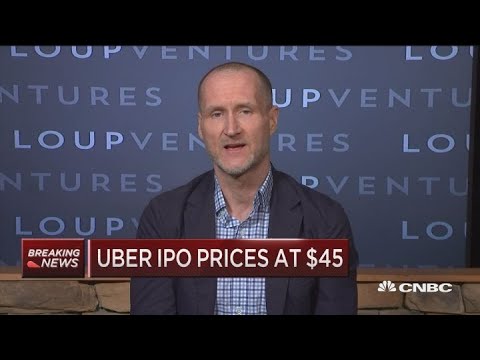 Reason No. 3: The Race to the Bottom

Auto transportation has always been a weird beast. The reason the taxi medallion system came into existence in New York was because of the so-called “race to the bottom.”

Taxis were unregulated. Pricing wars drove prices so low that taxi drivers were literally fistfighting over picking up passengers. They didn’t make enough money to properly maintain their vehicles, so taxis became death traps on wheels.

That’s why New York and other cities instituted the medallion system so that the government would control the supply of taxis.

With the rise of rideshare, we effectively have an unregulated system again. We are already seeing the race to the bottom as drivers complain about not making a living wage. That’s going to lead to the same situation New York faced a century ago.

This means that eventually rideshare stocks and companies will see much tighter regulation and revenue will crater along with Uber’s stock.