Microsoft Wants to Help Make Your ICO a Success

ICOs are not dead. Not when one of the world’s biggest tech corporations is venturing into it.

Microsoft Azure, a cloud computing service created by Microsoft, recently listed Stratis in its products’ section. The platform, created by London-based Stratis Group, offers a web-based application that enables initial coin offering projects to manage token distribution. It facilitates a secure and flexible payment route that participants use to purchase ICO tokens ahead of the initial allocation. They pay with either Bitcoin or Strat, Stratis’ native token.

Stratis, per the Microsoft description, has also integrated Changelly into its application. The add-on service enables ICO participants to convert their fiat money or cryptocurrencies into Strat effortlessly.

Microsoft’s entry into the ICO space follows a year of slowdown in the cryptocurrency sector. During the crypto boom in late 2017, ICO projects were raising billions of dollars at their ideation stages. People started buying tokens, believing that they would become the next Bitcoin or Ethereum. Nevertheless, most of the ICO projects failed to turn up a practical business model. At the same time, many of them disappeared with investors’ money.

The regulators across the world took drastic steps to limit scammers’ access to potential investors. The US Securities and Exchange Commission (SEC), for instance, initiated its most serious crackdown against the startups that were selling tokens illegally. Its equivalent in South Korea, the Financial Services Commission (FSC), went to as far as banning ICOs.

Nonetheless, with Stratis, it appears Microsoft is taking the scammy nature of ICOs seriously. 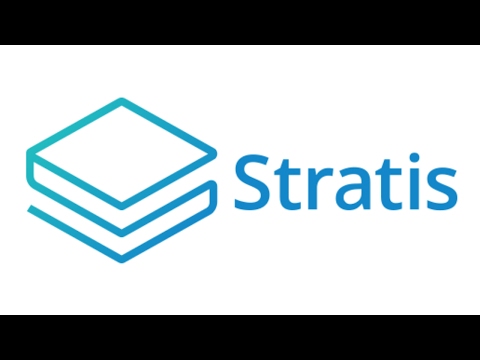 The platform integrated Onfido – risk management and fraud prevention software – that screens contributors against anti-money laundering watch-lists. The tool also verifies documents that ICO participants submit as a part of the know-your-customer process.

The method, at best, could allow new ICO projects to streamline their regulatory obligations. In the longer run, it could ensure crisp monitoring and reporting of suspicious transactions to the concerned government bodies, making ICOs as safer as IPOs in the eyes of the overseers.

What Microsoft Means for the ICO Industry

After a bullish 2017 and early 2018, the ICO market underwent a downward trend. The projects underperformed or didn’t progress ahead of their ideation levels; they lost value and prompted a ‘sell run’ among investors who had purchased their tokenized securities. The negativity eventually led to the wipe-off of one-third of the crypto market’s value. At the same time, the projects that survived the crypto crash had to squeeze their operations either by cutting costs or laying off their workforce.

The entry of Microsoft in a space that is presumably dead indeed rejects the notion altogether – if only the tech giant is right about its potential in the long term.

One reason why the ICOs are far from death is the performance of a few projects in 2018. Even in a bearish year, blockchain project Block.One/EOS managed to raise an impressive $4.1 billion. Telegram, one of the most renowned messenger app, also raised $1.7 billion to build its blockchain protocol. The list is big, with names like Petro, Dragon Coin, and Bankera leading the charts as 2018’s top ICO fundraisers.

2018 explained that it was not the ICO market that was failing. Instead, it was the investors that were becoming smarter with their investment decisions. They chose to put their money only in those startups that presented practical business models and real token utilities. Interestingly, 50% of the ICOs launched in 2018 didn’t have a minimum viable product – they all failed.

Eventually, Microsoft Azure should be looking to tap into a more professional ICO market. That means that not every run-of-the-mill ICO project would use the Stratis solution, given its KYC-friendly functionality. On the other hand, a more scrutinized market – thanks to the SEC – would ensure that the ICO market grows in the long run but at a slow pace.

Missed Out on the Xbox Series X/S? Don’t Expect One Before April 2021
Thomas Bardwell