The already-struggling Kamala Harris presidential campaign has little to be thankful for this week. Amidst declining polling and weak fundraising efforts, key staffers have left the campaign. Kelly Mehlenbacher is the latest, resigning reportedly due to frustrations over the Harris campaign’s direction. Michael Bloomberg seized the opportunity and quickly hired Mehlenbacher to be his deputy chief operating officer.

This is the latest move for the former New York City mayor, who officially entered the race this week:

This puts Bloomberg at a disadvantage, as he already missed the first five Democratic presidential debates. He also conceded that he won’t be competitive in the first primaries in Iowa or New Hampshire. Instead, he’s unleashing an unprecedented deluge of campaign cash to catch up in later states.

Will Bloomberg’s Billions Win Over Voters?

Michael Bloomberg’s Mehlenbacher hire is a solid choice. She worked in the Obama administration and then was treasurer for the Hillary Clinton 2016 presidential run. Bloomberg has brought in a seasoned political operative to show that his campaign isn’t just a novelty bid; he’s in it to win.

And voters will soon be hearing from Bloomberg incessantly. He’s already bought more than $13 million in television ads for the Super Tuesday states, outstripping the combined spending of all the other candidates on those races put together. Hopefully, he tries using his rudimentary Spanish again in ads to win over Latino voters. 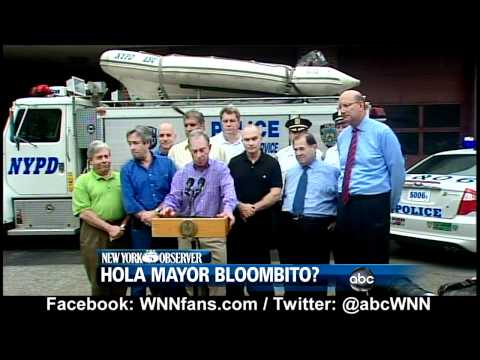 In any case, it’s a huge test for Democratic primary votes. Leading candidates such as Elizabeth Warren have strongly rejected the role of corporate money in influencing presidential elections. Also, primary voters have largely ignored Tom Steyer, the other Democratic billionaire in the race. Still, Bloomberg’s wealth far exceeds that of Steyer or Donald Trump. Bloomberg is coming in with $50 billion of his own money and seemingly plans to buy as much press as necessary to drown out his rivals.

While Bloomberg Surges, the Harris Campaign Is on Life Support

Bloomberg’s campaign move says as much about the sorry state of Kamala Harris’ presidential bid as anything else. It’s common for campaign employees to jump to more successful candidates as the election cycle progresses. Already, Harris has laid off staffers and cut back spending as her polling and donation numbers have slumped. So it’s natural for Bloomberg to pick off key talent as he gets his campaign machine rolling.

Right now, Michael Bloomberg is in fifth place to win the nomination with 12% odds of victory. Meanwhile, Harris has plunged to 4%, falling behind Andrew Yang, along with Hillary Clinton who hasn’t even officially entered the race.

Bloomberg will have to gain a lot more momentum to have any real shot at the nomination. PredictIt’s bettors give Bloomberg just a 24% chance of winning a single primary in 2020, let alone enough contests to earn the nomination. His late entry into the campaign places him far behind the more established candidates. Regardless, as this defection from the Harris campaign shows, with enough money, Bloomberg may still be able to buy his way into top-tier campaign status.