Microsoft has 45 days to reach a deal with ByteDance, TikTok’s parent firm, or the short-form video platform will be banned in the U.S.

Microsoft’s (NASDAQ:MSFT) efforts to acquire the U.S. operations of ByteDance-owned TikTok are back on track. Concerns that President Trump would ban TikTok in the United States have been allayed for now.

Still, a deal is not guaranteed, and Microsoft has until September 15 to reach an agreement with ByteDance, Facebook’s emerging rival.

As ridiculous as it sounds, it’s in Facebook’s (NASDAQ:FB) and Mark Zuckerberg’s best interests for Microsoft to succeed.

In April, TikTok reached over 2 billion downloads–making it the only app besides Facebook’s WhatsApp, Instagram, and Messenger to achieve such a feat.

Unlike other upcoming rivals that it has either acquired or destroyed, Facebook has failed to neutralize TikTok despite launching a competitor, Lasso, two years ago.

Microsoft could help solve this problem!

As an enterprise-oriented tech company, Microsoft will probably do a lousy job at managing TikTok once acquired. Here’s why.

Since becoming Microsoft’s CEO, Satya Nadella has focused the company on enterprise-oriented products and services. This has been an immensely successful strategy, with Microsoft’s share price increasing nearly six times since he succeeded Steve Ballmer on February 4, 2014.

In contrast, Microsoft’s consumer-facing businesses have enjoyed mixed success. Except for Xbox, Microsoft’s products and services targeting end-consumers have either failed or seen a mediocre performance.

Bing search engine did not become the serious Google-challenger it was envisaged to be, and Microsoft gave up on its smartphone business years ago. In the last few months, Microsoft has permanently gutted retail stores and live-streaming service Mixer.

TikTok is in this same category where Microsoft has had more failures than successes. There is no proof that Microsoft has figured out how to succeed in this particular space and that it will do a better job with TikTok.

Facebook would consider itself lucky to have such a competitor.

With Facebook facing antitrust scrutiny in Congress alongside Amazon, Apple, and Alphabet, Microsoft’s planned acquisition of TikTok help the social media giant deflect accusations of being a monopoly.

While there are other competitors in the space, including Twitter and Snap, they are dwarfs in comparison.

Microsoft’s foray into social media, coupled with its ownership of LinkedIn, changes the competitive landscape. Now Facebook can say, “Look, we are competing with a trillion-dollar company” and sound believable.

3. The Deal Helps Cut ByteDance Down to “Chewable” Size

TikTok is arguably ByteDance’s most successful product, but it is not the only one.

With multiple social media and content platforms operating around the world, ByteDance is a serious threat to Facebook.

A deal with Microsoft would see the tech giant buy TikTok services in the United States, Canada, Australia, and New Zealand. In doing so, this would lock ByteDance out of some of Facebook’s most lucrative markets by average revenue per user (ARPU).

Additionally, it is unlikely that ByteDance will be launching new products in the U.S. and other closely aligned markets anytime soon, given the treatment it endured lately. 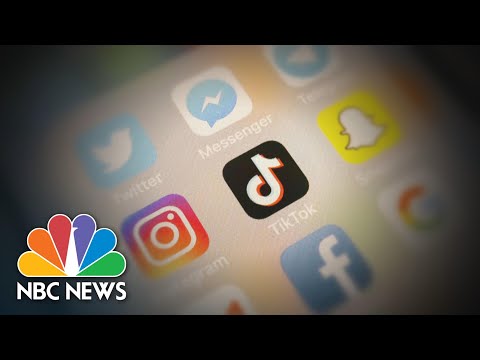 Given TikTok’s phenomenal success in such a short time, Facebook would be better off battling a competitor whose strength lies in enterprise-facing products and services rather than ByteDance.

Mark Zuckerberg must be secretly wishing that Microsoft succeeds. It is a golden opportunity to continue dominating the social media scene.