Kobe Bryant is a hero in Southern California and a living legend worldwide. But he’s so synonymous with the Los Angeles Lakers that it’s become easy to forget the five-time NBA champion’s basketball roots were put down far, far away from Staples Center.

Luka Doncic was reminded of that reality on Sunday night. As Bryant watched the Lakers take on the Dallas Mavericks from his courtside seat, Doncic heard a voice speaking to him in his native Slovenian. Confused, he turned around only to realize it was Bryant.

"He was talking Slovenian. So I was like, 'who's talking my language?' I saw Kobe and was really surprised."

Bryant rose to nationwide prominence in the mid-1990s as a prep phenom at Philadelphia’s Lower Merion High School. He even took R&B superstar Brandy to prom in spring 1996, just weeks before he was selected with the 15th overall pick of the NBA draft.

But an even younger Bryant honed his game outside the United States, after his father retired from the NBA to continue his professional career in Italy. 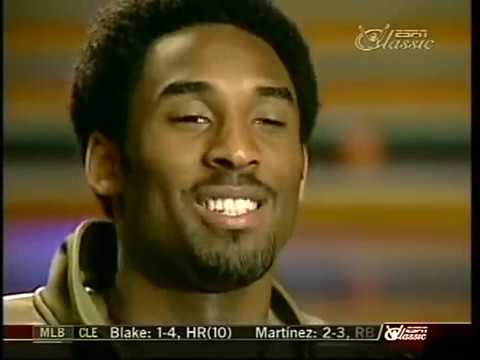 Bryant and his family moved to Rieti when he was six, before later settling in Reggio Emilia, where he learned to speak fluent Italian. His favorite player growing up was Mike D’Antoni, the current coach of the Houston Rockets and one of the most accomplished players in the history of Italian professional basketball.

Bryant moved back to the U.S. in 1991, when his father’s playing career came to a close after 15 seasons.

As maniacally competitive as Bryant was on the court, it’s safe to say he wasn’t talking smack to Doncic during their brief interaction on Sunday night. Still, the Mavericks superstar isn’t the only foreign-born NBA player to be surprised by Bryant’s multi-lingual tongue – and most of them heard it in the form of trash talk.

Last spring, Portland Trail Blazers center Jusuf Nurkic, from Bosnia and Herzegovina, recalled a time when Bryant randomly spoke to him in his native language while shooting free throws. 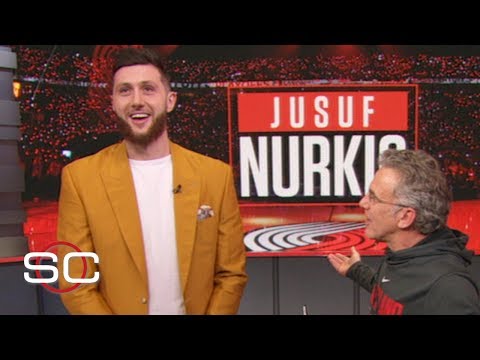 Bryant used to antagonize San Antonio Spurs rival Tony Parker in French and frequently spoke Spanish with Pau Gasol during the pair’s time as teammates with the Lakers at the top of the decade.

There’s nothing to indicate Bryant is fluent in any languages but English, Italian, and Spanish. While it’s obviously easier for a multi-lingual speaker to pick up other languages, it’s a further testament to Bryant’s crazy competitiveness that he’d apparently go out of his way to be able to interact with opponents in their native tongues during games. 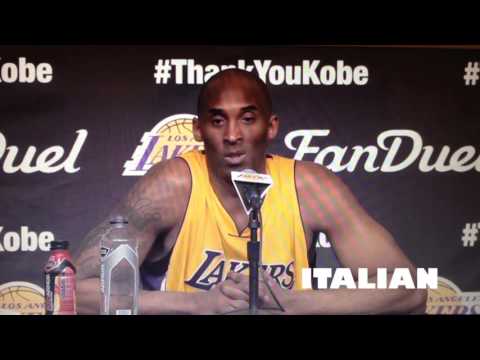 Maybe Doncic could try to implement that gamesmanship? After all, he’s fluent in three languages, too.