John McAfee doesn’t want you to associate him with his eponymous antivirus software company. In a recent tweet, he asked the public to stop blaming him for McAfee antivirus software problems. He reminded followers that he hasn’t been part of the company he built for the past 20 years.

The gentle reminder, which was in response to complaints directed at him on Twitter, came just as McAfee LLC prepares to go public again, according to a report by The Wall Street Journal.

For those of you blaming me for the problems with McAfee Antivirus software: when I was still the CEO, the software was flawless. I took the company public and left more than 20 years ago. Cut me some slack.

The “leave me out of it” tweet is typical of one he sends out at least every year. No doubt with his name still on the company, John McAfee gets complaints about its software directed at him on a regular basis. Some may be seriously unhappy customers. No doubt with the way McAfee tweets, some of it is just some good-humored ribbing of the eccentric tech millionaire.

Twitter user “Mathematical Scholar” (@HaleyCalculus) did follow up with a practical question. When she sought his advice on what antivirus he uses, McAfee gave a surprising answer:

“What antivirus do you use?”

That is incredibly surprising news. The founder of the world’s most well-known antivirus software brand doesn’t use antivirus software because he doesn’t think it works anymore. When another Twitter user asked, “How about Norton? I think that still exists,” McAfee teased in reply: “Who are they?”

McAfee antivirus faced an embarrassment in 2012 when its software caused glitches for users. An update for home and enterprise users turned off the antivirus functions and even prevented some users from being able to connect to the internet. The company’s response to the snafu was criticized as slow.

The Wall Street Journal reported that the company is meeting with financiers this week. They’re discussing listing publicly traded shares of McAfee for the second time in its history. It’s reportedly seeking to raise $1 billion:

One way to speculate on the IPO, which could happen as soon as this year, is to buy shares of major McAfee shareholder Intel Corporation.

The way McAfee formulated the tweet about his old company was typical of his bombastic style. Comparisons to Donald Trump wouldn’t be out of order here. Saying “the software was flawless” while he was CEO is right out of the Trump playbook. That might help McAfee with his 2020 presidential bid. He’s seeking the Libertarian Party’s nomination to run for president.

While running for president, McAfee continues to find time to flaunt his lavish lifestyle on Twitter and promote altcoins. 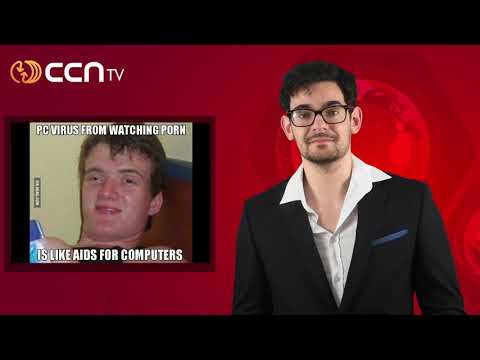