Is Giannis Antetokounmpo Cracking Before the Playoffs Even Start?

Giannis Antetokounmpo can’t keep his composure in a meaningless game; how will he handle himself during the pressure of the playoffs?

Giannis Antetokounmpo is becoming too hot to handle himself.

In an utterly meaningless game against the worst team in the NBA bubble, the Greek Freek lost his cool—against a rookie.

That does not bode well as the Milwaukee Bucks look to meet their lofty expectations during the upcoming playoff run.

Will the NBA Take It Easy on Giannis Antetokounmpo?

Wizards forward, Moe Wagner got a reality check on Tuesday night. And Giannis, thus far, has evaded his own.

With his coach Mike Budzenholder standing by his side, Antetokounmpo walked up to the rookie in the second quarter and cracked him in the face with his forehead.

Giannis was hit with a flagrant two foul and ejected. But not, as yet, suspended. The NBA could still issue a suspension, and they should.

They suspended Hasheem Thabeet for doing the same thing in 2013, and the NBA has only gotten more strict since then.

Kevin Garnett was suspended for a headbutt in 2015.

They let Jusuf Nurkic slide with an ejection last year, but his headbutt on Paul George was more of a head tap. 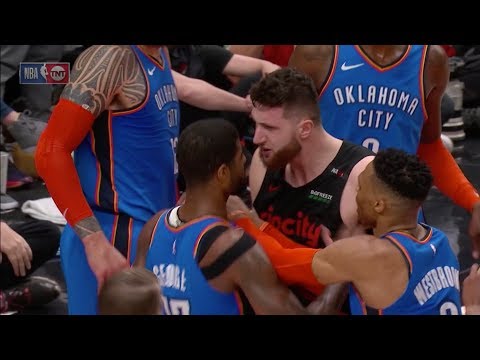 Giannis Antetokounmpo Has Never Faced This Type of Pressure

The pressure is clearly starting to get to Giannis. After lofty expectations last year, Kawhi Leonard and the Toronto Raptors shut down the Freak in the playoffs on their way to a championship.

With no Kawhi in the way, most NBA experts will see this season as a failure if Giannis Antetokounmpo doesn’t make it to the NBA Finals. 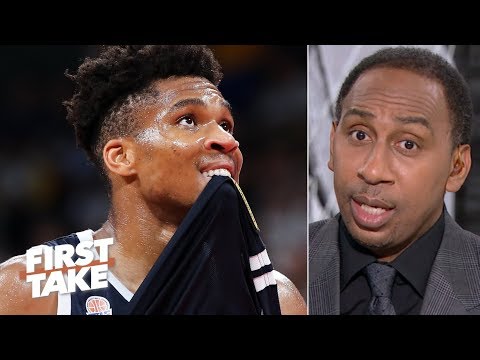 But the East is still loaded, and the Bucks don’t appear to be any further along than they were last year.

Now Giannis is headbutting people he’s not even mad at.

After the game, he told reporters:

I don’t think I was frustrated with Wagner. I think it was just the whole, like, build-up of dirty plays in my mind. Guys tripping me, guys falling in front of my feet, holding me, hitting me. It wasn’t just — I don’t have nothing against Wagner, it wasn’t just him.

If Giannis is losing his composure against a listless Wizards team, how will he react in a meaningful series? The intensity will only ratchet up in the playoffs.

LeBron James might not be able to keep up with Giannis athletically, but much of his greatness stems from his mental focus. James has faced far more scrutiny in his career and never once headbutted an opponent.

If Giannis wants to be considered one of the greats, he’s going to have to get his head together, and quickly.

September 20, 2020 No Comments
← PreviousLou Holtz Is a Cringe-Fest: Someone Cancel Him for His Own Good
Next →Jerry Jones Bloviates About ‘Grace’ – But All He Sees Are Dollar Signs