India is the world’s second-most populous country after China with nearly 1.38 billion people, accounting for 17.7 percent of the global population. That’s the reason why the low number of novel coronavirus cases in India confirmed so far might seem baffling.

According to the latest reports, the number of confirmed cases of COVID-19 in India stands at around 130 as of this writing. Three people have died so far. These numbers seem to indicate that the country is doing a fine job of restricting the novel coronavirus outbreak.

It has sealed its borders and the government is taking steps to encourage social distancing by shutting down schools, theaters, and prevent mass gatherings. But the reality on the ground could be much different.

India has one of the lowest coronavirus testing rates globally

According to the Indian newspaper The Hindu, the rate of COVID-19 testing in India is abysmally low. The country has conducted the least number of tests per million of its population, as evident from the graph below.

The graph above makes it clear that as of March 9, countries with a much smaller population base than India were carrying out far more tests. Barring the likes of Turkey, Vietnam, and Taiwan, nearly all the nations plotted on the graph above had a higher number of confirmed cases when compared to India, as of March 13.

But that’s not something to be proud of as the Indian authorities have been conducting less than 10 coronavirus tests per million people. The other problem with coronavirus testing in India is that the country has not been ramping up testing either.

South Korea is being lauded for the measures that it has taken to contain the COVID-19 spread. But India doesn’t seem to be anywhere close and that should set the alarm bells ringing. The U.S. is another country that hasn’t ramped up coronavirus testing as the chart above shows, and the consequences have been devastating.

Why COVID-19 could spread really quickly in India

Though the Indian government has taken steps to close borders and is keeping a tab on public gatherings, the risk of local transmission of coronavirus in India remains high.

There have been reports of suspected COVID-19 patients running away from quarantine, blaming poor facilities with questionable sanitation standards. This suggests a failure of the public healthcare system, which is not surprising as India spends just 1.28 percent of its GDP on public health. That’s lower than the public health spending of the poorest countries in the world that spend 1.57 percent of their GDP as per the World Bank.

Not surprisingly, Indians prefer private healthcare services as compared the ones provided by the government. Coronavirus testing in India is being carried out at government hospitals only, and there are only 52 of them across the country. That’s really poor when compared to the country’s population. 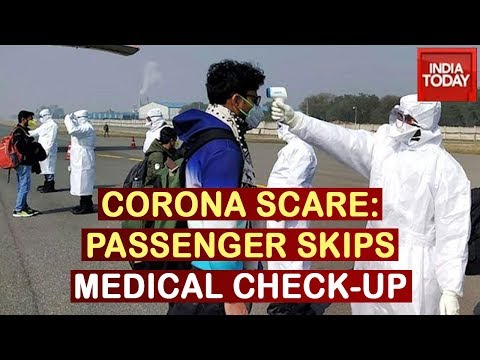 So, India is at a far greater risk of local transmission of coronavirus thanks to low testing rates, lack of good primary healthcare facilities, and the lackadaisical attitude toward finding suspected cases. For instance, Indian authorities checked only three of 236 people who were brought into the country from Iran where mass graves are being built for burying COVID-19 victims.

The authorities said that they tested only three people because they were the only ones showing symptoms. This means that Indian authorities are probably ignoring any asymptomatic carriers, which could be a grave mistake.

As such, there could be a possibility of the ground reality being different from what is being reported, putting a major population center under the threat of the disease.