“I think he is overpromising on autonomous vehicles in an almost unethical way.”

Cox Automotive executive publisher Karl Brauer said Wednesday that he thinks Elon Musk has set an almost impossible expectation to fulfill with recent comments saying he expects Tesla Motors will have all the features necessary for fully autonomous Tesla self-driving cars by the end of the year.

“Jackson has long been a Tesla critic and has accused Musk of using ‘bait-and-switch’ tactics on consumers, making commitments he cannot keep, and has said the electric car maker’s business will not be sustainable over the long term.”

But what makes Mike Jackson or Karl Brauer think for a minute that it would be nearly impossible to deliver on a Tesla self-driving car within the next couple years?

Is it possible that these executive level car salesmen aren’t aware of how far along self-driving car technology is in 2019? Or how massive the incentives are to implement the technology at scale for businesses and consumers?

Maybe they just don’t like how Elon Musk was the first auto manufacturer in American history to cut their lucrative retail business out of the equation in favor of direct to consumer sales.

Because self-driving car technology isn’t a distant possibility as they suggest.

Self-driving car technology is not the future. It’s here already.

Autonomous vehicle tech is so far along that even the U.S. Congress and 30 state legislatures – notorious laggards when it comes to keeping statutes up to date with technology – have enacted legislation to legalize and regulate, or begin the process of legalizing driverless cars on public roads.

Alphabet’s Waymo vs. Tesla Motors 2019: A Race to Autonomy for Self-Driving Cars

The skepticism toward self-driving cars from the used car guys makes no sense.

Self-driving cars have already logged millions of miles of driving on public roads in jurisdictions where they’ve been legal for many years now.

Waymo, Google’s self-driving car project that has grown into a subsidiary of Alphabet Inc., completed its 8 millionth mile of automated driving on public roads last summer.

The amazing thing about that figure is just a year before reaching that milestone, Waymo had only logged half  as many miles – 4 million – so this autonomous car project is hitting a point of accelerating development.

And that’s on top of the incredibly powerful computer simulations Waymo has been running to teach its cars how to drive. Tesla Motors is locked in a high stakes race with Waymo to deliver self-driving car technology to the market and reap a trillion dollar bounty.

Intel estimates that autonomous vehicles could generate $800 billion in annual revenues by 2030 and $7 trillion yearly by 2050.

To win that race and bring a fully autonomous Tesla self-driving car to market in time to meet Elon Musk’s ambitious goals, Tesla is mining the massive amounts of real-world road data from its customers’ use of their vehicles’ semi-autonomous driving “autopilot” mode.

In June 2017, Morgan Stanley analyst Adam Jonas said in a note to investors that this data might be more valuable to Tesla than revenue from Model 3 sales, adding:

“There’s only one market big enough to propel the stock’s value to the levels of Elon Musk’s aspirations: that of miles, data and content.” 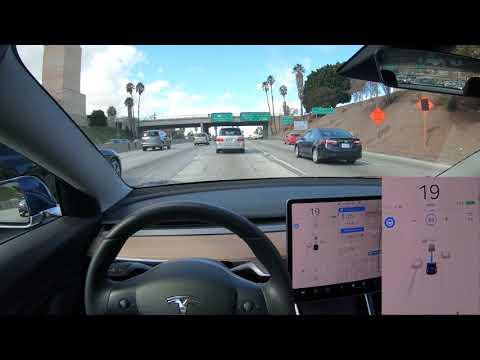