If you were skeptical that the coronavirus outbreak would wreak havoc on the U.S. housing market, the latest pending home sales numbers for March 2020 should be more than enough proof to change your mind.

According to the National Association of Realtors’ (NAR) latest report, the pending home sales index (PHSI) plunged a whopping 20.8% annually.

The March sales crash is not the first ominous sign to have reared its ugly head. Home prices have started retreating, and new home listings are coming down as sellers lose confidence in the housing market.

What’s more, existing home sales for the month of March were down as well.

Despite these red flags, NAR Chief Economist Lawrence Yun believes that the coronavirus-induced housing market downturn will be temporary.

The housing market is temporarily grappling with the coronavirus-induced shutdown, which pulled down new listings and new contracts.

As consumers become more accustomed to social distancing protocols, and with the economy slowly and safely reopening, listings and buying activity will resume, especially given the record low mortgage rates.

But then he contradicted himself when he said:

The usual Spring buying season will be missed, however, so a bounce-back later in the year will be insufficient to make up for the loss of sales in the second quarter…. Overall, home sales are projected to have declined 14% for the year.

What this really means is that the housing market may not get back on its feet in 2020, even if economic activity reopens.

Why the housing market is headed for a crisis

The NAR’s admission that home sales in the U.S. could drop in the double digits this year – despite its top economist trying to paint a positive picture – doesn’t bode well for the housing market.

After all, home sales may not move into the green zone this year because tens of millions of Americans have lost their jobs. 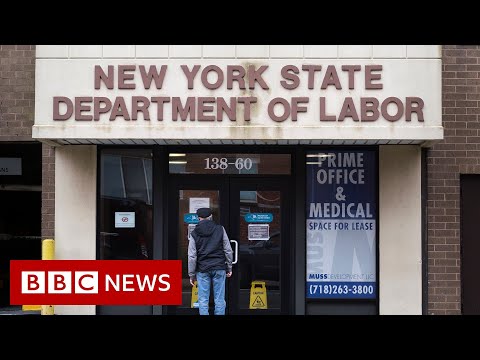 More than 26 million Americans have officially filed for initial unemployment insurance claims in the past five weeks. What’s alarming is that the actual number of unemployed workers could be much higher.

A survey by the Economic Policy Institute found out that for every ten Americans who were able to successfully file for unemployment benefits, at least three to four people tried and failed to file for claims.

The survey was carried out over a four-week period spanning March and April. So it’s likely that millions more Americans have lost their jobs than what’s being officially reported.

A resurgence in homebuying activity looks out of place in such a scenario – even if mortgage rates remain low.

Purchasing a big-ticket item such as a house will not be attainable – much less a priority – for laid-off workers. This could bring an end to the housing market’s stellar run.

That’s probably the reason why the NAR is forecasting a steep drop in home sales this year. As demand inevitably dries up, sellers facing a liquidity crunch may be forced to list their homes for less.

And it’s why it’s unsurprising that the prices of new listings have already started heading south:

The March sales plunge may just be the beginning, and home sales could plummet further in the coming months.

The NAR has already waved a big red flag for the housing market as far as demand is concerned. That may ultimately lead to a fall in prices and give rise to a full-blown crisis.