Bill Ackman incited mass panic among investors last month in what detractors believe was a ploy to send stocks lower so he could profit from his bets against the market.

Three weeks later, the billionaire doomsday forecaster is at again. But this time, he’s working to catalyze a stock market rally by soothing Wall Street with a fresh dose of optimism.

Bill Ackman Fooled You Once

It’s a remarkable shift from his infamous CNBC interview on March 18. Ackman, clearly emotional, proclaimed that “Hell is coming” for the U.S. economy.

In the days that followed, the Dow Jones Industrial Average collapsed by 7% to fall to its lowest point since 2017.

All told, the hedge made his fund a whopping $2.75 billion as the stock market suffered its speediest reversal in history.  Most of those profits came in before the March 18 interview, but Ackman’s theatrical CNBC performance looks highly suspect knowing what he stood to gain by injecting excess fear into the market.

Will He Fool the Stock Market Again? 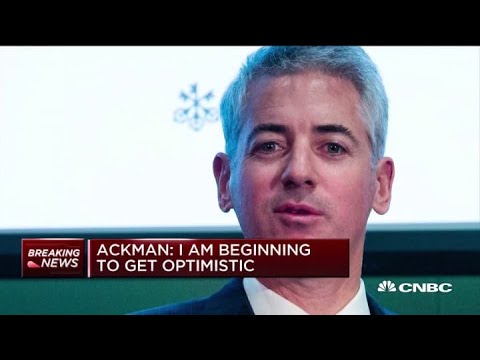 It seems Bill Ackman is ready to move the stock market in his favor once again, but this time in the opposite direction.

After unwinding his hedge positions, Ackman took to the airwaves to strike a curiously positive note. Despite calling for a 30-day nationwide shutdown just a couple of weeks earlier, Ackman said he believes Donald Trump’s coronavirus response was “heading in the right direction.”

Flush with cash from his “Hell is coming” bet, the famed investor says he’s “beginning to get optimistic” about the future.

Using the proceeds from his bet against the stock market, Ackman has poured money into a variety of investments he’s expecting to weather the economic storm ahead.

Among his fund’s latest investments are:

Ackman said he believes those businesses are well-equipped to thrive despite disruptions caused by coronavirus.

Importantly, our portfolio companies are generally considered essential businesses, and for the most part will remain open to the extent possible during a state and/or a national shutdown.

Ackman’s curious about-face comes as the U.S. braces for a deadly few weeks that Donald Trump has likened to the two world wars.

While it might be understandable if Ackman had shifted his stance slightly since his “Hell is coming” interview, it’s suspicious that he has seemingly made a complete reversal. Especially since the measures he was recommending— a nationwide lockdown— didn’t happen.

Ackman’s efforts to influence not only market sentiment, but also public policy, were nothing short of disgraceful back in March. But his attempt to pull the same stunt once again is downright shameless.