Although he’s said all the right things to appease Milwaukee Bucks fans, Giannis Antetokounmpo was contrastingly cold as ice on Saturday when he unfollowed several Bucks-related social media accounts ahead of a meeting with co-owner Marc Lasry.

Not even his teammates were spared from the culling.

Antetokounmpo’s conference with Lasry reportedly centered on the direction the team is taking, and given the unfollow spree and recent premature ending to Milwaukee’s season, Bucks brass has cause for concern despite what the “Greek Freak” has said in the past.

That’s no knock against the 2019 NBA MVP and reigning DPOY, either. The Bucks should be concerned, and Giannis should be doing what he has to ensure the organization takes the necessary steps to become a legitimate title contender.

Even if that means forgoing a supermax extension this offseason.

Before entering the NBA’s Orlando, Florida bubble, the Bucks had the look of a team that could win it all. They had the best record in the association, Antetokounmpo was once again playing at an MVP level, and he was getting a ton of help from Khris Middleton, Eric Bledsoe, Brook Lopez, and a host of others on an incredibly deep club.

However, the team’s roster was also a flawed one this season, featuring a cadre of players on the back ends of their career, a dearth of consistent deep threats, and a couple of postseason dogs. Most notably, Bledsoe registered his third-straight dud of a playoff run, scoring just 11.7 points per game on 38.8 percent shooting and a paltry 25 percent from deep.

In the end, all it took was an awkward match-up or two for the Bucks to fall in five games to a seemingly inferior Miami Heat squad in the second round. Not a great result for a team that many had thought would steamroll to the NBA Finals and give the LA Lakers or LA Clippers a dogfight for the Larry O’Brien Trophy.

Giannis has good reason to delay signing an extension and holding the organization’s feet to the fire. What they have right now isn’t quite good enough, and the team’s rumored pursuit of Chris Paul doesn’t move the needle. CP3 may be fresh off a resurgent campaign in Oklahoma City, but he’s also 35 years old and owed an incredible $85.5 million over the next two seasons.

Paul teaming up with Giannis may sound great right now, but it could go South in short order, and the Bucks would have to move Heaven and Earth and dispense with a lot of valuable pieces to even bring him on-board.

Watch ESPN’s Jalen Rose talk about the Giannis situation and a potential Bucks/CP3 pairing below: 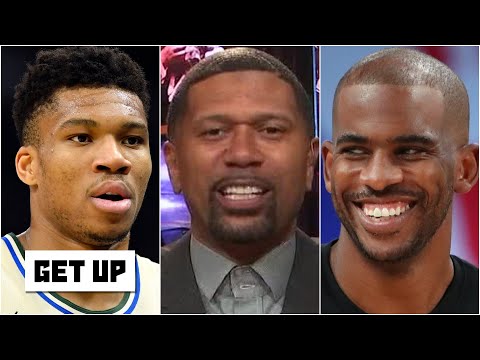 Lasry reportedly told Antetokounmpo that he was willing to spend — and even go into the luxury tax, if necessary — to build a better roster.

Make no mistake — the grass isn’t always greener, and the Bucks are probably closer to breaking through than 95 percent of the association. But if Antetokounmpo truly wants to win it all, he needs to give his team suitable motivation to do what needs to be done. If they fail to do so or are simply unable, he’ll then be free to find a franchise that will.

If he gives in and signs a supermax extension now, he may just be resigning himself to a career of regular-season greatness.