By CCN.com: There is nothing better or more laughable then Hollywood celebrity hypocrites. Case in point: George Clooney.

Clooney loves to talk about the important issues of our day. He loves to virtue signal and wag his finger at people. He especially loves talking about climate change.

So what could be better than George Clooney pontificating about climate change in a parody public service announcement, especially one that uses heaps of profanity to criticize those who disagree with him?

Here’s a little sample of Clooney yapping about climate change:

“Your generous contribution to UDUMASS will provide desperately needed knowledge to dumb f***ing idiots on Facebook and Twitter all around the world,” Clooney said. “Just $20 will convince one f***ng idiot that climate change is real. $50 will teach five brainless dumbf***s to vaccinate their kids and $200 will teach ten dips**t knuckle-draggers that dinosaurs existed, but not at the same time as people.”

For those who are gluttons for punishment, here is the phony PSA in its entirety: 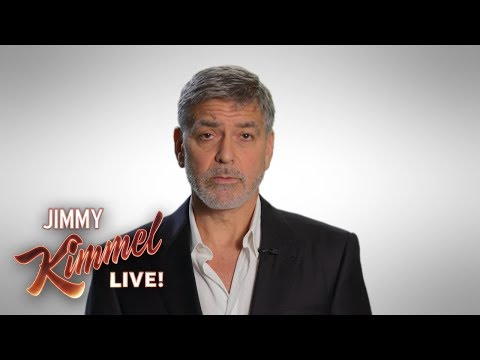 The Hollywood hypocrite also has an even larger carbon footprint than most people, thanks to his multiple gigantic residences scattered all over the world.

One wonders how serious he can be about climate change when his 7,300 square foot, six-bedroom villa in Studio City has no solar panels. Such a bad example for the former Sexiest Man Alive!

Clooney also has a 25-room luxury home on the shore of Lake Como. Strangely, satellite photos don’t show solar panels there. The carbon footprint for such a luxury estate must be enormous.

Until 2016, he owned a luxury seven-bedroom retreat in Cabo San Lucas, again taking up so much space that its carbon footprint alone must’ve resulted in the death of multiple dinosaurs.

It must cost an awful lot of fossil fuels to heat and provide energy for his nine-bedroom mansion in Berkshire, UK. It seems doubtful that his high floor apartment at 100 E. 53rdStreet in New York is solar and wind-powered.

Who do these Hollywood hypocrites think they are? What is it that makes them think they can lecture us, the proles, about how to live our lives? Do they think we aren’t paying attention to their own habits when they criticize the habits of others?

Every time Hollywood hypocrites get up on a soapbox like George Clooney does, they actually set back the very issues they are trying to draw attention to. What other message would people take away from him when he doesn’t walk the walk?

This is always been true of climate change alarmists. They talk endlessly about how we were all going to die, and yet their grand contribution to stopping this apocalypse is recycling cans and bottles, and driving a hybrid vehicle.

Maybe George Clooney should take a page out of the book of Ed Begley Jr.’s lifestyle. Begley is the only celebrity who walks the walk, making every effort to reduce the impact he makes on the environment, right down to generating his own electricity by riding a specially-designed bike in his home.

But then, he wouldn’t be able to live the luxury lifestyle he so adores, would he?