By CCN.com: Hasan “HasanAbi” Piker – a one-time Fortnite streamer with over 120,000 subscribers on Twitch – found himself on the wrong end of the banhammer after he said the US “deserved” 9/11 in a now-deleted stream.

According to the Discord channel of the Fortnite streamer – who is probably better known as a host at progressive commentary channel The Young Turks – Twitch banned HasanAbi for seven days.

Data from Twitch Tracker reveals that HasanAbi was once an avid Fortnite streamer, though he hasn’t streamed the game since last summer. Most of his recent streams fall under the “Just Chatting” category.

In his controversial stream on Tuesday, Hasan was reacting to stand-up comedian Joe Rogan’s podcast featuring an interview with Rep. Dan Crenshaw of Texas who – as a military veteran – defended the US for having military bases in numerous countries. 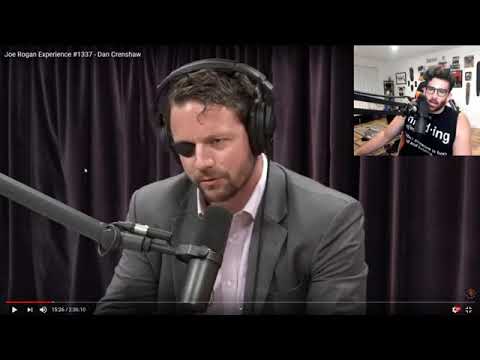 “This is so insane. America deserved 9/11, dude. F*ck it, I’m saying it. Like we totally brought it upon ourselves dude, holy sh*t. We did, we f*cking did. Look at the way that this dipsh*t is running his f*cking mouth, justifying genocide right now,” Hasan said in reaction to the interview.

Gaming magazine Dot Esports reported that Hasan even joked with getting a Twitch ban in the same stream after a viewer stated that his clip where he said that “America deserved 9/11” was on the front page of the r/LivestreamFail subreddit.

In a Thursday tweet, Hasan apologized for using “imprecise language that easily got weaponized by the right” in his stream.

The one-time Fortnite fanatic also emphasized his lack of support for terrorism, stating that he was only criticizing the US government for aiding terrorism that resulted in the 9/11 events.

obv i don’t support terrorism, after all i’m critcizing the american govt for supporting terrorism both leading up to, and post 911. i realize i used imprecise language that easily got weaponized by the right but spare me your moral grandstanding.

Two days after Hasan’s controversial clip, Crenshaw reacted to the Twitch streamer’s statements about 9/11 in a Fox News video.

“It [Hasan’s stream] reflects a very deep Anti-Americanism that is inherent in some of these left-wing politics. He doesn’t understand history or understand foreign policy, he can’t actually make an argument,” he said.

The two have since continued their feud on Twitter with Crenshaw stating that he is disgusted with Hasan defending the 9/11 terrorist attacks.

The only thing that offends me is your inability to use capital letters in any of your tweets.

But really it is the fact that Google/YouTube profit from and promote The Young Turks and by extension your disgusting defense of the 9/11 terrorist attacks against Americans. https://t.co/703Vy4r9dT

In reaction to Crenshaw’s tweet, Hasan criticized his opponent for voting against stopping US arms sales to Saud Arabia multiple times.

if you have a problem supporting terrorists and those who fund terrorists, why did you vote against stopping our arms sales to saudi arabia 4 times? those weapons are now literally in the hands of al qaeda. precisely the point i made in that video that cuts off right before https://t.co/DG2tdrqH05

Click here to catch up on the latest gaming industry news.