What’s there not to love about working from home?

There’s no lengthy commutes. You get more time with loved ones. You can live where you want. It looks like a swell deal.

That’s what Coinbase, Facebook (NASDAQ:FB), Shopify NYSE:SHOP), and Twitter (NYSE:TWTR) as well as other early adopters of the coronavirus-fueled remote-working policy wants their employees to believe.

But let’s not be naive. Employee welfare is not driving these policies. If anything, this permanent remote-working idea probably came straight from the CFOs, not the respective HR departments.

With a remote-first policy, employers will be able to cut costs on salaries. For the high-wage tech sector, this will contribute to significant cost savings.

Facebook has already indicated that you can’t leave San Francisco and go to a place with the cost of living ten times lower and still expect your six-figure salary will remain unchanged.

According to Facebook CEO Mark Zuckerberg, salaries for those who agree to work from home permanently will be adjusted to the cost of living in the area to which they move.

This is not the only “salary adjustment” that will come. A remote-first policy will give tech companies increased bargaining power in the job market.

With work-from-home policies, the pool of talent will increase as not everyone wanted to move to Silicon Valley pre-COVID-19. But people can apply from anywhere, and the average pay in the sector will fall.

Office rent and running costs will also decrease as subordinate staff such as cafeteria workers, security guards, and others will be needed in reduced numbers. Expenses on office perks such as free food, drinks, onsite massages, and daycare facilities will also fall.

H-1B Visa Nightmares Are Over

The Trump administration has threatened to place restrictions on H-1B visas, arguing that they take away jobs from U.S. citizens. H-1B visa denials have increased since President Donald Trump took office.

Per data obtained from the U.S. Citizenship and Immigration Services (USCIS), 30% of H-1B visa applications were denied in 2020 compared to 6% in 2015. Even large tech companies such as Facebook have seen their rejection rates rise.

With a remote-first policy, though, it will be easier to hire from just about any part of the world. Any new “Buy American, Hire American” policies restricting immigration are unlikely to work as effectively as they would have pre-COVID-19.

Despite all the perks and the high salaries offered in Silicon Valley, the tech industry suffers a high talent turnover rate.

A study conducted by LinkedIn showed that in 2017 the tech sector had the highest turnover rate at 13.2%. It beat even the notorious retail industry.

A high talent turnover rate has a cost. It results in poor performance since it means that the basic level of experience across the organization falls.

For employers, low staff turnover means improved productivity over time. The longer an employee stays on a job, the more efficient they become. 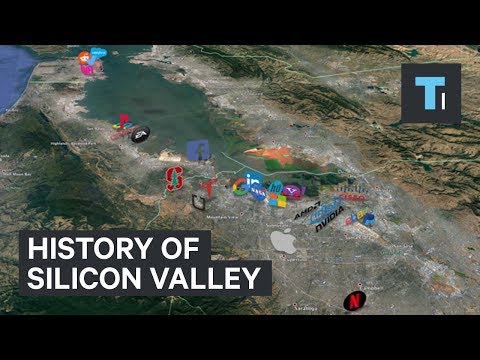 Remote-working could solve this. A study conducted by Stanford University economist Nick Bloom in 2015 found that remote workers were not only more productive but happier and less likely to quit their jobs.

Silicon Valley may boast that a remote-first policy is all to the benefit of the employees.

But we all know that Coinbase, Facebook, Shopify, and Twitter have seen the coronavirus pandemic as an opportunity that needn’t be wasted. It allows them to cut salaries as well as other costs and increase their profit margins even further.

Tech employees are now being disrupted by their employers.

Disclaimer: This article represents the author’s opinion and should not be considered investment advice from CCN.com. The author does not own shares in the firms mentioned above at the time of writing.