By CCN.com: Facebook has just hired a senior UK bank lobbyist ahead of GlobalCoin launch to help the company cope with European regulations.

According to the Financial Times, Facebook will employ Standard Chartered European Head of Corporate and Public Affairs Ed Bowles from September as its London-based director of public policy.

Bowles leaves Standard Chartered after 12 years to join Facebook, the company that is expected to release the whitepaper of its upcoming centralized cryptocurrency, GlobalCoin, in four days.

Regulatory Compliance in the Spotlight

As Facebook had been facing hard regulatory pressure in the past – with the Wall Street Journal releasing a worrying report about the social media giant’s questionable privacy practices -, the company is now strongly focusing on complying with financial laws before GlobalCoin’s launch.

In April, Zuckerberg met with Bank of England Governor Mark Carney to discuss financial topics, including Facebook’s plans to launch its new cryptocurrency.

In January, Facebook hired former UK Deputy PM and Liberal Democrats Head Nick Clegg who moved to Silicon Valley to work as the firm’s head of global policy and communications.

As Clegg had served as a member of the European Parliament as well as a European Commission trade negotiator, hiring the former deputy PM can be interpreted as Facebook’s attempt to gain influence in the EU.

As Facebook had its share of privacy scandals in the past, regulators are worried whether the tech giant can comply with their harsh Know Your Customer (KYC) and Anti Money Laundering (AML) laws that are imposed on financial institutions, according to Financial Times’ report.

“Facebook has a right like anyone else to launch itself on the market. But the issue is really the connection with the rest of their activities and the collection of data. That’s the angle through which we could tackle it,” European Commission Director General for Financial Stability Olivier Guersent told the publication.

Codenamed as Project Libra, GlobalCoin is Facebook’s centralized cryptocurrency that is expected to launch later on this month. 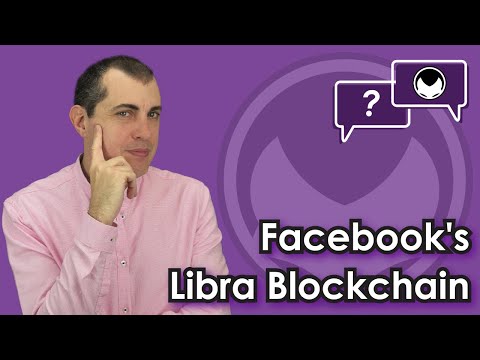 Facebook’s cryptocurrency will function as a stablecoin, allowing the company’s 2.4 billion users to make payments across Facebook, Instagram, WhatsApp, and other websites.

As its whitepaper is waiting to be released on June 18, there’s only a little we know for sure about the upcoming cryptocurrency.

However, we are not short on predictions and speculations. CCN.com reported on Monday that Wyoming blockchain regulator and crypto champion Caitlin Long is expecting Facebook to pay interest to the holders of its coin.

2/ First prediction: @Facebook's #stablecoin will be a positive force in developing countries. Second: @Facebook will pay #interest to users of its #cryptocurrency, which will eventually lead to populist calls to repeal subsidies at the heart of the US banking system.

According to Long, Facebook would generate interest from the financial institution where it would hold its GlobalCoin reserves. The social media giant will be under such pressure that it would decide to pass that interest along with its users, she stated.