By CCN.com: The ruthless bitcoin bear market of 2018 has claimed numerous victims, including many crypto startups and executives. The latest is former EY blockchain leader Angus Champion de Crespigny, who’s leaving the industry.

Champion de Crespigny made the revelation on Twitter, where he insists that he’s still bullish on bitcoin. However, he’s discouraged by how long he believes it will take for mass adoption, and doesn’t want to wait around.

As recently as November 2018, Angus was touting blockchain and cryptocurrencies at a conference (video below). 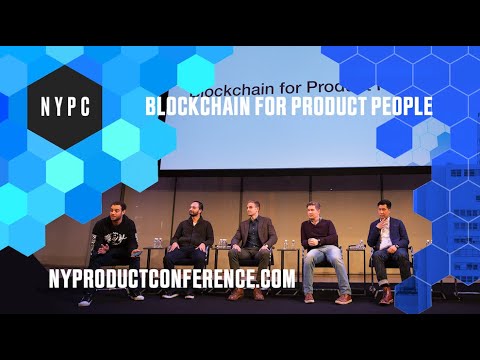 Champion: Institutions are Dragging Their Feet

Champion de Crespigny worked for 11 years at Big Four accounting firm Ernst and Young. He spent the last couple of years focused on blockchain. In August 2018, Angus left EY to focus on other projects amid growing disillusionment with blockchain.

“I am no longer working full-time in the bitcoin/cryptocurrency industry, and have taken a role outside it. I’ve had a number of people ask why, or seem surprised, so I thought I’d lay out my rationale in case it is of interest to others.”

“Over the years I converged on what we call coin maximalism, or minimalism. That is, ‘blockchain’ was developed to solve a very specific problem, and it did so at a massive sacrifice. That problem: ensuring that ledger entries can’t be double-spent when there’s no central party.”

‘You Can’t Rush People to Believe’ in Bitcoin

Angus explained that he had left EY in August to start a business focused on promoting bitcoin adoption in two ways: by helping to institutionalize it or by advancing adoption in the developing world.

He says he got discouraged once he realized that institutions are not eager to promote mainstream crypto adoption.

“I quickly worked out that I’m not going to be able to build bitcoin adoption in the developing world…you fundamentally can’t build a legitimate business that is also decentralized to resist government intervention.”

“I also found that institutions were not going to be on-boarding bitcoin as a financial product as quickly as I had thought they would from my discussions over the years. Institutionalization has happened, but not as much as I’d expected and enough for me to build a business on it.

“You also can’t rush people to believe that something has value.”

Champion de Crespigny says he’s not leaving the industry forever. However, he says the time horizon for mainstream acceptance is longer than he had hoped, so it’s time to cut his losses.

“I’m as confident in Bitcoin’s ability to radically transform the world as I ever have been. However, I believe the time horizon to do that is very long, and I believe my best bet in the industry is to simply buy and hold.”

While Champion de Crespigny isn’t the only person who has left the industry amid the market downturn, his departure is notable because he worked at Ernst and Young.

As CCN.com reported, EY has been making a concerted effort to ramp up its blockchain and crypto businesses in order to woo bitcoin investors. Last week, EY revealed that it spent millions of dollars during the past two years developing crypto and blockchain tax tools.

Despite these efforts, institutions have been slow to embrace crypto. Some — like Goldman Sachs — have even backpedaled, claiming they never were on the bitcoin bandwagon.

All this dithering points to a major problem that’s not being addressed — and that’s the crypto industry’s abject failure to educate the general public about what bitcoin is, and why it’s supposedly superior to fiat currency.

Until that happens, mainstream adoption will remain a pipe dream. And the industry bloodletting will continue.