Tesla CEO Elon Musk casually dropped a mesmerizing announcement on Twitter over the weekend, teasing that the electric vehicle manufacturer’s “magic” pickup truck could be unveiled within the next quarter.

We’re close, but the magic is in the final details. Maybe 2 to 3 months.

There’s been a deluge of hype behind Tesla’s truck after Musk previously mentioned that the vehicle would have the look of a “futuristic-like cyberpunk ‘Blade Runner’ pickup truck.”

It also helps that the release of Ford’s all-electric F-150 is nowhere in sight – and could be left sweeping up Tesla’s sloppy seconds.

Despite being electric and having a futuristic appeal, Musk reiterates that the vehicle will still resemble the look of a classic pickup truck.

Design is important because Americans love their pickups. 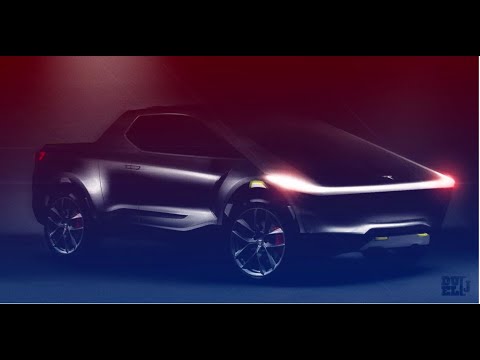 The Detroit Free Press revealed that in 2018, a Ford F-150 or a Super Duty was purchased every 29.3 seconds on average. In that year, nearly 1.1 million trucks were sold. These figures tell us that Tesla is looking to disrupt a sector dominated by Ford. Thus, beating the 116-year-old automaker to market will likely give Telsa a solid head start.

In addition to design, Tesla also hinted that the trucks would offer superior performance to the F-150. The all-electric vehicle is expected to have a range of up to 500 miles per charge and the capacity to tow up to 300,000 pounds. It also comes with a dual motor AWD along with a 240-volt connection for tools.

While these features are things that one can expect from a truck, Musk also teased that Tesla’s pickup will allow owners to watch Netflix and stream YouTube videos. On Twitter, the Tesla CEO quipped that the truck:

“Has an amazingly immersive, cinematic feel due to the comfy seats & surround sound audio.”

Ability to stream YouTube & Netflix when car is stopped coming to your Tesla soon! Has an amazingly immersive, cinematic feel due to the comfy seats & surround sound audio.

For now, video streaming features will be restricted to when the truck is not moving. However, this can change in the future “when full self-driving is approved by regulators.”

When full self-driving is approved by regulators, we will enable video while moving

And here’s the kicker: The price of Tesla’s pickup truck will start at just $49,000.

This means that the electric vehicle will compete favorably against its gasoline-and-diesel-fueled rivals that sell anywhere between $40,000 and $100,000.