By CCN.com: Just when it seemed like things are getting back on track for Elon Musk and Tesla, the South African billionaire has shot himself in the foot once again with yet another unfulfilled promise. Musk was supposed to hike the price of Tesla’s full self-driving (FSD) package from August 16 with a James Bond-like upgrade to summon your car, but it seems like he has missed the deadline.

Price increase for Tesla FSD postponed until version 10 with smart summon is in wide release, which is about 4 to 8 weeks away, depending on how early access goes

The latest in a line of Tesla’s missed deadlines

Elon Musk has a history of making big promises but ultimately failing to fulfill them. Had Musk lived up to his words, a self-driving Tesla would have hit the streets back in 2017. But that deadline came and went, and it looks like the Tesla CEO is having a difficult time adding one of the most basic features that a self-driving car can be expected to have. 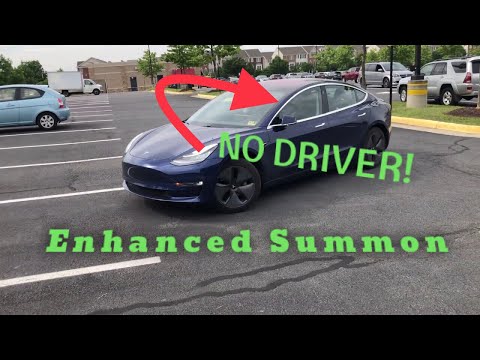 Musk had initially promised to deliver the ‘smart summon’ feature in August, along with an increase in price of the FSD suite.

Tesla CEO Elon Musk has announced that the electric car maker’s Full Self-Driving suite, which currently includes features such as Navigate on Autopilot, Auto Lane Change, Autopark, and Summon, will increase in price by $1,000 on August 16 https://t.co/nggSMEkJxR pic.twitter.com/mPye27xY8f

But it seems like the feature still needs work, forcing Elon Musk to postpone the price increase. Now that’s a really smart move from the man as no one would have paid him for a feature in which even Tesla doesn’t seem to have confidence at the moment.

Musk gets roasted, and rightly so

The latest delay in launching the summon feature has not gone down well with Tesla watchers, as evident from the responses to Musk’s tweet on Twitter.

One Twitter user reminded Musk of an older tweet posted in November last year and questioned the very existence of the summon feature, while another customer who had purchased FSD last year called him a liar for not delivering, yet again.

Elon are you just lying to sell a product that doesn’t exist? Remember when you said this? $TSLAhttps://t.co/xSRr93Acf5

I bought FSD last year when I bought my Tesla Model 3 Performance. Elon is a liar, even now I'm in the remaining 25% of people still stuck on 24.4, no early access, no priority sccess, just more promises from Elon that he can't uphold.

There were many users who took a dig at Musk and called out the CEO’s series of failed promises.

😂😂😂 how many times are we going to be fooled by you Elon? pic.twitter.com/Lx5dEuAobZ

One Twitter user raised the valid point about when Tesla plans to deliver the autonomous robo taxi that’s going to make its owners rich while Musk can’t get a simple summon feature working.

If smart summon is taking that long.. I wonder how much longer the autonomous robo taxi is going to take… 🤔

Elon Musk had made a big statement a few months ago, saying that he plans to deploy a million robotaxis by the end of 2020. The market caught his bluff then, and Tesla’s failure to develop a simple summon feature is further evidence that his self-driving plans are full of hot air.