Einhorn’s investment firm, Greenlight Capital, has been shorting Tesla stock for years. Accordingly, he has a financial interest in seeing it crater.

Earlier this week, Walmart filed a lawsuit against Tesla, claiming that the solar panels installed by Tesla caused fires at seven stores between 2012 and 2018.

Ironically, the Walmart lawsuit came just days after Musk relaunched Tesla‘s solar division to much fanfare, claiming its services could save you $500 a year.

Musk also bragged on Twitter that installing a Tesla solar roof or panels on your home is “like having a money printer on your roof.”

Amid the Walmart lawsuit debacle, a furious Einhorn tweeted that “Elon Musk should resign.”

The notorious short-seller added that a product recall should’ve happened long ago. He tagged the U.S. Consumer Product Safety Commission in his scathing tweet.

Interestingly, David Einhorn hasn’t tweeted since last August. So he came out of his self-imposed Twitter exile just to jab at his longtime foe.

Musk has not responded to Einhorn’s latest smackdown.

How many solar panels are still defective and could cause fires? @Tesla should
immediately notify the people who live in and work in buildings at risk. Secret
Project Titan is over the line. A recall should have happened long ago @USCPSC.
@Elonmusk should resign.

In a surprising turn of events, Tesla and Walmart apparently decided to pause the lawsuit.

In a joint statement Aug. 23, the companies said they’re working together to address the issues and are “re-energizing Tesla solar installations at Walmart stores.”

Walmart did not immediately return CCN.com’s request for comment about whether it dropped the lawsuit. However, the suit was not available online today, according to New York State Supreme Court records.

The animosity between David Einhorn and his favorite target, Elon Musk, has been brewing for years.

In April 2019, Einhorn torched Musk over his recent troubles and gloated that “the wheels are coming off — literally” at Tesla.

Einhorn gleefully claimed that there are numerous signs that Tesla is imploding, and he dismissed the company as an overrated impostor.

David Einhorn — whose net worth tops $1.5 billion — is a hedge fund titan who’s a closely-watched investor in finance.

Despite an impressive track record, Greenlight Capital lost 34% last year — making 2018 the worst year the hedge fund has had since Einhorn launched it in 1996. Part of the reason why Einhorn performed so dismally was because he shorted Tesla.

Greenlight Capital lost 18.3% in the first six months of 2018, according to a July 2018 investor letter. Tesla stock — which spiked 29% during that time — was the fund’s “second-biggest loser” for that time frame.

Tesla had an erratic 2018, but it was still the best-performing auto stock for that year. That spelled bad news for short-sellers like Einhorn who made huge bets against it.

Einhorn has continued his savage attacks on Elon Musk. In May 2019, he remarked that Musk spouts “a lot of horsesh*t” about his electric-car company.

“That’s a lot of horsesh*t,” Einhorn said during a slide presentation that showed a poop emoji over Musk’s face. The audience erupted into laughter at the frat-boy humor (video below).

Einhorn then suggested that he’s gleefully observing Tesla self-destruct from the sidelines. He crowed: “Napoleon once said, ‘Never interrupt your enemy when he’s making a mistake.’ So I won’t.” 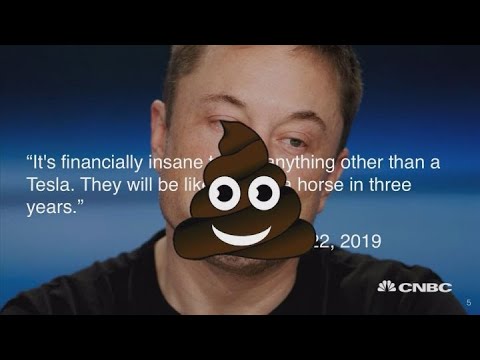 Meanwhile, this is how Musk responds to haters: 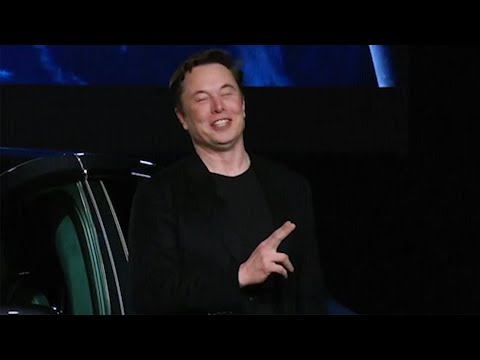 “If things are not failing, you are not innovating enough.” — Elon Musk