Tonight should be one of the biggest games of the season for League One side Shrewsbury Town. After coming back from two goals down to grab a draw with Liverpool, the Shrews should be looking forward to benefiting financially from a lucrative replay against the Premier League juggernauts to the tune of half a million pounds [Independent]. Jurgen Klopp has killed that dream, though. 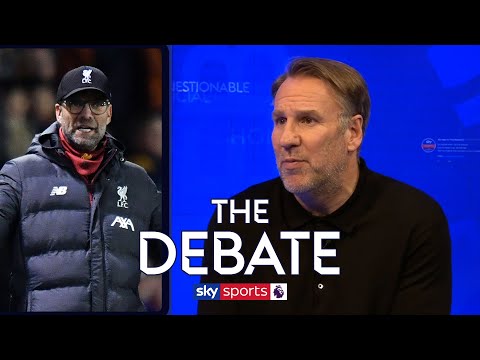 It’s one thing for the likes of Jurgen Klopp and Pep Guardiola to act like spoiled brats and complain about the fixture list over the festive period. Or to cry about fans not spending enough of their money to attend games. But when that childish, spiteful attitude starts to affect other clubs? That’s taking things to a whole different level.

The decision by Klopp to hand over coaching duties to Neil Critchley and a squad of kids for the FA Cup replay will cost the League One side around £500,000. Manager Sam Rickett’s laid out the difference in expected income when he claimed:

In comparison, Shrewsbury earned around £1 million from their FA Cup tie with Manchester United in 2016 and used the money to build a new training ground. Although £1 million is pocket change for a club like Liverpool, for Sam Rickett’s and his club it’s a far bigger deal:

That money is an opportunity to build something that lasts us for ten to 15 years — a real legacy.

A greedy elite are ruining our game

We’ve all known for some time that the Premier League is primarily about money. The fans don’t matter much these days. However, lately, we’ve seen the greedy elite thinking that their status within the game and their club’s ability to throw cash around gives them the right to dictate the way game operates.

I’m looking at you, Pep Guardiola and Jurgen Klopp. Two managers who most fans thought would be a great addition to our game. But who are now disliked by most outside of their respective clubs. Not for their winning records, I may add, but for their constant moaning and complaining about a system that’s been in place for decades.

The truth is, Liverpool don’t deserve the FA Cup

Most football fans will be firmly behind Shrewsbury when both sides meet at Anfield. Not because of jealousy for Liverpool, but because it’s the right thing to do. The winner of this tie faces Chelsea in the next round.