In several interviews today, banned Twitch streamer Dr Disrespect broke his silence, discussing his ban with the media. The interviews follow fresh speculation about Dr Disrespect’s next move and the cause of his surprising ban from the Amazon-owned streaming platform.

The streamer’s interview with PC Gamer was one more revealing than the others. Dr Disrespect, real name Herschel Beam, stated:

We are considering taking legal action [against Twitch].

The reason for Dr Disrespect’s Twitch ban has been one of the most widely talked games industry topics of the last two weeks. The streamer has said that Twitch hasn’t told him why he was banned. He told PC Gamer that “honestly, we just don’t know” when he will get an answer.

Without seeing any legal documentation, it’s unclear what the basis of Dr Disrespect’s lawsuit against Twitch could be. The streamer signed a contract with Twitch in March, in a deal that was rumored to make him millions of dollars every year. The lawsuit may argue that Twitch has failed to honor the terms of that deal or that the platform is in the wrong for failing to provide Dr Disrespect for a reason for the ban.

Financially, Twitch is more than capable of handling a payout to settle this lawsuit. The streaming platform is owned by Amazon, one of the world’s most valuable companies whose CEO and founder Jeff Bezos is the world’s richest man.

Other streamers say that they have been banned or suspended despite following Twitch rules. The platform has made some changes and in April, Twitch revealed a new policy on nude content.

This isn’t a complete solution though, as the Dr Disrespect ban shows. By failing to disclose the reason for the Dr Disrespect ban, Twitch has allowed conspiracy theories to proliferate. Some are harmless like those that suggest Dr Disrespect is moving platforms. Others are more harmful, suggesting that other streamers are somehow “in” on it, opening them up to abuse and harassment. 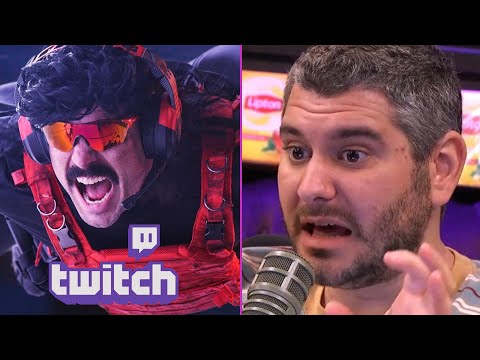 Many may say that Twitch is under no obligation to confirm why a streamer has been banned. If the ban is due to an ongoing criminal case, then this cannot be helped. It is frustrating to see that Dr Disrespect himself hasn’t been told why he was banned and Twitch may have to become more open if a lawsuit is filed.