It’s okay to admit that you have laughed at and enjoyed following the demise of former NFL wide receiver Antonio Brown. His Twitter rants are the equivalent of the best table-flipping arguments between ‘Real Housewives’ of wherever.

When he celebrates getting released by the Raiders, it’s like watching anyone that has ever found a hidden immunity idol on ‘Survivor.’

AB couldn't have been more happy to be released by the Raiders.

As for his contentious relationship with his baby mama, Chelsie Kyriss – it’s Ronnie and Sam from Jersey Shore all over again.

Antonio Brown has been a walking, talking reality show minus television for some time now, from his cryo-chamber mishap to his helmet controversy to his legal trouble and fledgling music career – and everything in between.

His life has been a living example of why reality television is so popular. While we do like to see real people enjoy success, we love to see people implode.

What we don’t see is what happens after the implosion when the cameras are off. But since Antonio Brown isn’t an actual reality show, the viewing public is not shielded by the harsh realities of life post-filming.

No, we are still privy to anything and everything going on with Antonio Brown – and it isn’t funny anymore. His plight is starting to generate sympathy. His latest incident is certainly proof of that.

Despite being an egomaniacal jerk incapable of taking any responsibility for himself or any of his actions, Brown has managed to stay out of jail. He has had several well-publicized run-ins with the local police, but they were never out to arrest him in any of them.

But it appears they will be now.

It seems that Brown and his trainer, Glenn Holt, assaulted a moving truck driver Tuesday. When the driver arrived, Brown refused to pay the bill ($4,000). So, when the driver tried to leave, Brown threw a rock at the truck, causing damage.

That was when Brown and Holt assaulted the driver so they could take his keys and open the truck.

The local PD has taken a passive approach to dealing with Brown rather than risk him blowing up. They have tried to give him every chance possible to come in on his own. But they have gone ahead and gotten an arrest warrant issued.

Whenever kids are involved, situations like Brown’s becomes even more tragic and unfortunate. Not only is his life severely impacted by his decisions, so are the lives of the three children he has with Chelsie Kyriss.

According to a recent Instagram post, it appears that she has decided to move on from Brown and his troubles. She sounded sympathetic in her post and expressed hope that he will eventually get the help that he needs:

The viewing public has enjoyed watching the downward spiral Brown has been on for the last year. But it has gone from being entertaining to sad. There are still plenty of people who crack jokes at his expense on social media. More are pleading for him to get help.

Many have wondered if Brown’s downfall could be CTE related. Brown’s agent, Drew Rosenhaus, recently released him as a client. In doing so, he said he could no longer work with Brown – unless he gets help.

ESPN’s Stephen A. Smith has gone from being a Brown supporter to saying he would not want Brown on his team: 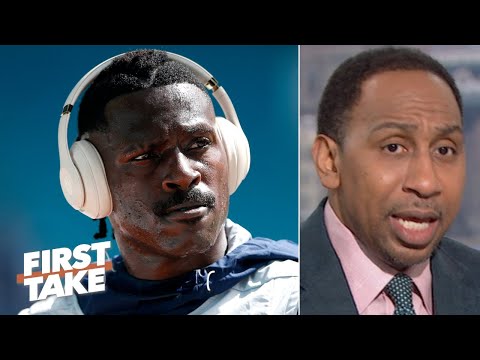 An opinion becoming more popular these days ties the beginning of Brown’s demise to this hit from Vontae Burfict a couple of years ago: 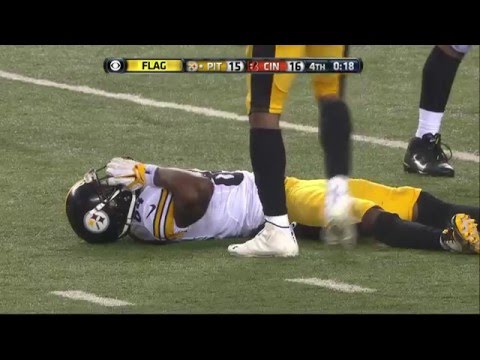 CTE cannot be diagnosed while a person is alive. So for now, whether it has played a factor in Brown’s downfall is just speculation.

But until he sees the need for help himself, the downward spiral is going to continue. According to media reports, he has turned himself in to the police. Maybe this will be the first step in the right direction for him.