Antonio Brown says he wants to get back into the NFL again. If the NFL were smart, the league wouldn’t let him buy tickets to a game, let alone sign a contract with a team.

The ongoing investigation into sexual assault allegations should be enough. But knowing the NFL, if he turns in a good workout and contritely serves whatever punishment the league deems appropriate, someone would sign him in a heartbeat.

Unless the NFL decides his latest “baby mama” incident is enough, and he gets banned for good. 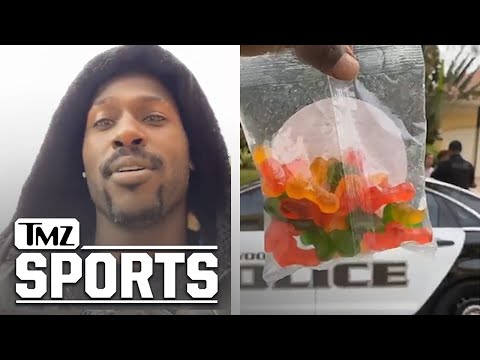 AB juggles quite a few off-the-field scandals, and one of the most dysfunctional is his relationship with Chelsie Kyriss, the mother of three of his kids. He posted a video of himself cursing at police after they showed up to help her get clothes for the kids from his house.

According to TMZ, she was there to pick up the kids and take them to school. But then Brown claims she tried to steal the keys to one of his cars, a Bentley. He did not take that too well, and this was part of the scene that unfolded.

Here’s the video in all its NSFW glory:

At one point, Brown took a bag of gummy penises—yes, penises – and threw it at Kyriss, the police, and his kids.

After everyone left, he decided to go after the police on Twitter. They don’t seem to want anything to do with him or think he needs to be around kids:

Oh, boy. Usually, at this point, we would wonder what in the world Brown was thinking. But over the last year, we’ve seen enough to know that thinking is the last thing he’s doing.

Roger Goodell May Not Need To Ban Antonio Brown

The NFL needs to wash its hands of Antonio Brown for good, and now it can do that without a formal ban.

The league can make a “grand” gesture, much as it did with Colin Kaepernick, and then proclaim that it is moving on. That’s the only way we’ll ever truly be done with him.

Despite all the crazy videos that get posted online of fights and bad behavior at NFL games, the NFL markets itself as family-friendly entertainment. Can they still do that if they welcome Brown back with open arms after this tirade in front of his children?

Yelling at the police, or anyone else, in that fashion is wrong. But to do it in front of your kids? And to their mother?

After how he handled the workout with the Saints, it was unlikely anyone was ever going to give him another shot. But after this, any team dumb enough to sign him deserves whatever havoc he wreaks.