Antonio Brown’s NFL career is finally dead after hurling expletives at Stephen A. Smith, calling the NFL racist – and Big Ben a rapist.

After a series of seemingly heartfelt apologies to the New England Patriots, Antonio Brown looked to be inching his way to an NFL return. At least until he unleashed a withering Tuesday tweetstorm that all but assured he’ll never play a down in the NFL again.

Ur digging urself into a deeper hole my god pic.twitter.com/q2x4buNbMx

Brown began this tweetstorm like many others, excoriating the NFL as corrupt (and racist).

He quickly moved into uncharted territory by suggesting longtime teammate Ben Roethlisberger was a rapist.

He then endorsed an attack on ESPN’s Stephen A. Smith as an “uncle tom” before finally announcing it was all a setup and implying he was done with professional football.

How Did Antonio Brown’s NFL Career End? Let Me Count the Ways…

When it comes to Antonio Brown’s dizzying fall from grace, it is not easy to pick one specific moment that ended his NFL career.

Was it when he allegedly smashed up a condo, then went berserk at an ensuing deposition?

Perhaps it was his refusal to comply for months with a basic investigation into sexual assault claims against him, or maybe it was merely the way he sold out his teammates in Oakland because he wanted to play with Tom Brady.

There is no question just one of these circumstances could get you kicked out of the league, but AB has stacked them up to the ceiling. The only football that fans will see Brown playing is some pass-and-catch on YouTube, a miserable end for a player who looked like a lock to make the Hall of Fame. 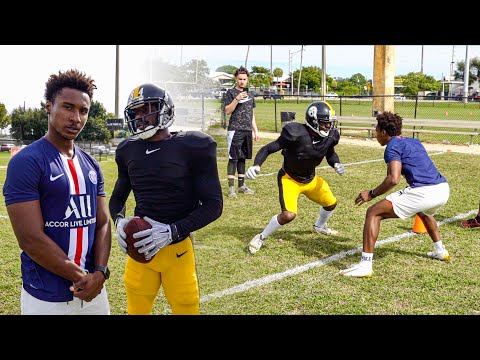 Strangely, after offering a handful of apologies to try and seduce the struggling Patriots offense into signing him, Brown has given up on resurrection. Today’s tweetstorm put a silver bullet in his un-dead career, sliced it up, and burned the pieces.

But of course, it’s still not his fault:

Still No Comparison Between Colin Kaepernick and AB

The accusations against the league for being racist are nothing new. Antonio Brown has long tried to draw comparisons between his situation and that of Colin Kaepernick.

Obviously, there is no comparison, and Kaepernick was wise not to invite Brown to his much-publicized sham workout for the NFL. Superstar status alone kept AB’s hopes of returning to the NFL alive when a lesser player would have been banished to obscurity.

Another horrendous trait that the former-Steeler great has is his penchant for attacking former teammates like Juju Smith-Schuster and Ben Roethlisberger.

His latest attacks on Big Ben included retweeting a claim that the QB “actually raped a woman,” before calling him a loser who needed Brown to pad his stats.

Ragging on teammates (past or present) publicly, is about as big of a taboo as there is in professional sports. The attitude is “us vs. the media,” but Antonio Brown has made everyone his enemy.

You Don’t Want ESPN’s Stephen A. Smith as Your Archnemesis

Of these archnemeses, perhaps the most vocal – and dangerous to Antonio Brown’s cause – is Stephen A. Smith.

With a platform of millions on social media alone, the “First Take” star is in the prime of his career, landing a fat new $8 million-per-year contract and even hosting his own special NBA SportsCenter mid-week.

As a relatively small fish in the large pond of international sports, AB has now directly called out one of the most powerful, self-made figures in sports media. He already made Stephen A’s list. 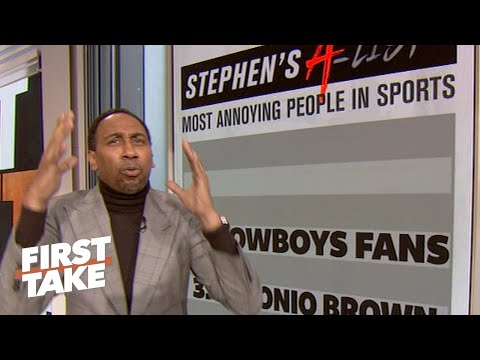 You can’t win a shouting match if the other guy has a bigger microphone, and Smith is now incentivized to squash Brown as the Twitter pyromaniac continues to burn all his bridges, one by one.