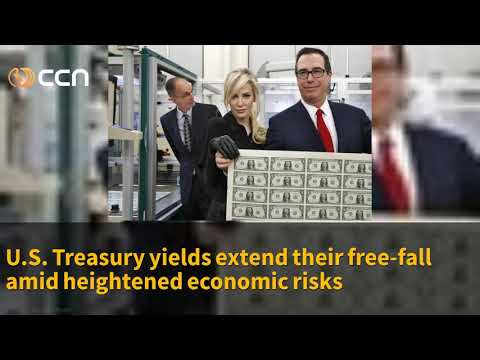 The Dow and broader U.S. stock market pulled ahead on Tuesday, even as fears of an economic downturn pushed investors into in the safety of government bonds, sending U.S. Treasury yields to their lowest level since 2016.

Wall Street’s major indexes struggled to trade in a clear direction on Tuesday, which reflected a tepid pre-market for Dow futures. Markets still managed to finish strong, with the Dow Jones Industrial Average closing up 69.25 points, or 0.3%, to 26,786.68.

Meanwhile, the technology-focused Nasdaq Composite Index advanced 0.2% to finish at 8,109.09.

The yield on the benchmark 10-year Treasury note plunged anew on Tuesday, reaching a low of 1.97%, according to CNBC. The benchmark yield has been hovering at or below 2% for the better part of two weeks as investors continue to pile into government debt amid global growth woes.

Yields and bond prices track inversely with one another.

With the United States and China agreeing to bury the hatchet on their trade war, the Trump administration is now taking the fight to Europe. On Monday, the U.S. Trade Representative’s office released a fairly comprehensive list of European imports that could be subject to tariffs on top of those implemented earlier this year.

The trade dispute between Europe and the United States may seem new, but is actually rooted in a 15-year dispute over aircraft subsidies. President Trump has made it clear he is not afraid to use tariffs as a weapon to bring America’s trade partners back in line.

The United States has opened up multiple fronts in its trade war, with China, Mexico, Canada, India, and Europe all being subject to protectionist rhetoric. The trade-war threat has put the International Monetary Fund and World Bank on high alert, with both organizations slashing their outlook on the global economy.