It was a flat day for the Dow Jones, as Walmart’s (NYSE:WMT) hotly-anticipated earnings boom revealed a worrying truth for the U.S. stock market. Elsewhere, Wall Street looks wise to have not priced in a Biden victory, as Trump surges in battleground polls.

There was little economic data on Tuesday, as the only high tier releases focused on the housing market. Housing starts and building permits remained robust in July, signaling a robust real estate market. 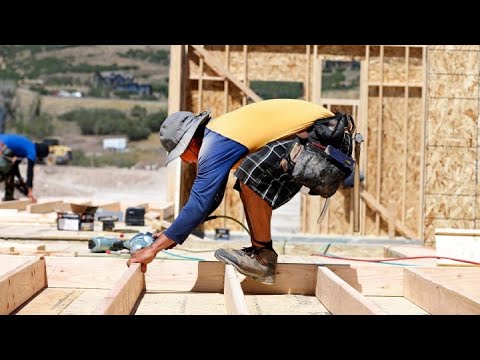 Momentum is stalling in the Dow Jones due to the absence of new stimulus from Congress. Donald Trump’s stimulus order has been enough to keep equities afloat, but the executive branch does not have the authority to pass such a wide-reaching aid package.

Despite consistently shaky consumer sentiment, it’s clear that bulls are a long way from letting go of the rope. Sebastian Galy from Nordea Asset Management exemplifies some of this optimism, telling CCN.com:

The real question is whether long-term expectations will be bouncing back a point more relevant for growth stocks. With vaccines progressing, the weakest part of the U.S. and other labor markets will be expected to recover by the end of 2021. Hence, growth, quality, and cyclicals and, dare we say, selectively some value should be recovering nicely.

As the Democratic National Convention captured media attention Monday evening, the Dow won’t be able to ignore politics for much longer. While Joe Biden and Donald Trump may be far apart on some issues, both have pros and cons for the stock market that make forecasting difficult.

Video: Biden’s Lead in Battleground States May Be Gone 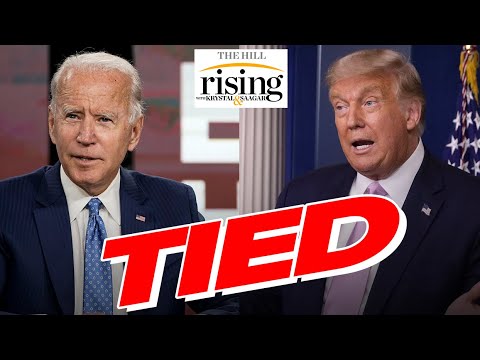 Trump is the deregulation candidate, but an unfettered approach to China in his second term is a definite concern for risk sentiment.

Joe Biden will be in favor of increased regulation, and there is the risk of a blue wave sending his government harder to the left. But he will keep the globalists happy with a more conventional China policy.

In what comes as little surprise given the recent coverage of ongoing unrest in Portland and Seattle, Biden’s advantage over Trump narrowed in the latest CNN poll. As we get closer to the election, swings in polling could start to have a much more tangible impact on stocks.

It was another mixed day in the Dow 30, as Walmart’s hotly-anticipated mega earnings failed to push shares meaningfully higher.

Other than Walmart’s quarterly earnings beat already being priced into the market, one portion of the report should give the entire Dow Jones pause. According to the release, there was a noticeable drop in consumer activity as stimulus payments were exhausted.

Video: Stimulus Payments Worked, but the Impact Is Fading 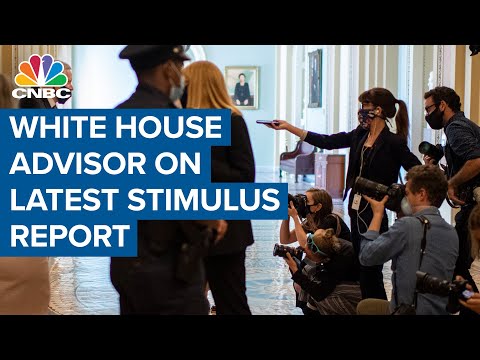 This seems to confirm that consumer activity will slow without an additional cash injection.

With the $300 unemployment boost appearing to be short-lived and Steven Mnuchin reaffirming how slow stimulus negotiations have been going, American households could be in trouble. 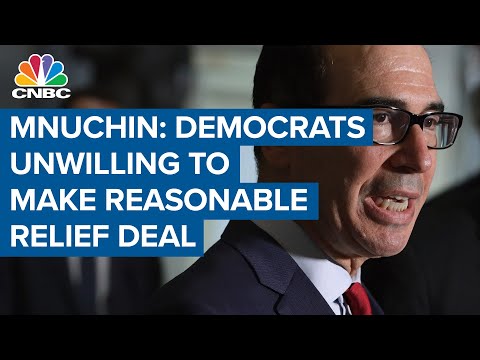 Elsewhere in the Dow, financial powerhouse JPMorgan Chase (NYSE:JPM) continues to come under pressure after Warren Buffett’s snub last week. At the same time, oil supermajor Chevron (NYSE:CVX) was the weakest performer with a 1.8% loss.

Propping up the U.S. stock market is heavyweight Apple (NASDAQ: APPL), which rallied 1%.